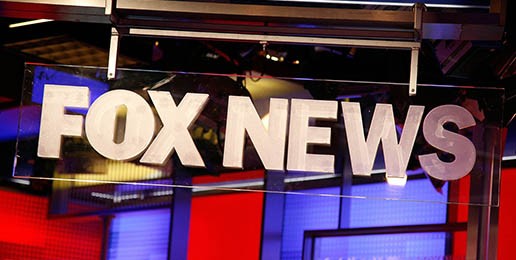 The “Code of Ethics” of the Society of Professional Journalists (SPJ) says that the media should “avoid conflicts of interest, real or perceived.” But on the issue of homosexual rights, the media, from the left to the right, have taken a side. This includes the Fox News Channel, which many conservatives had hoped would stay true to its word of being “Fair & Balanced,” on the issue of gay rights.

The SPJ ethics code urges the media to “avoid political and other outside activities that may compromise integrity or impartiality, or may damage credibility.”

But apparently that ethical standard doesn’t apply to media involvement in the homosexual movement.

Meanwhile, the media-supported Gay & Lesbian Alliance Against Defamation (GLAAD) is ecstatic that the ABC Family network show “The Fosters” has aired a kiss between two 13-year-old boys. The show features two lesbians as “parents” and includes a “transgender teen.”

Don’t expect the media to trumpet the news in any headlines or stories about their financial involvement in the homosexual movement. It is a secret that has to be kept hidden from the public because it constitutes a blatant violation of acceptable standards of journalistic behavior and media ethics.

The pro-gay bias in the media is not a big secret, of course. But the involvement of Fox News in the cause may come as a surprise to some. You can be sure Fox News will not admit on the air that the news channel has taken sides in the ongoing debate and that it financially supports the NLGJA.

We have tried over the years without success to get Fox News chief Roger Ailes to explain why his channel pours money into the NLGJA. He simply ignores our inquiries. Many conservatives in the media are reluctant to press the issue out of fear they could be blackballed from appearing on the channel.

The bias shows up in certain ways, such as when the channel forced anchor Bret Baier to pull out of a Catholic conference devoted to traditional marriage. Reputed homosexual and Fox News anchor Shepard Smith occasionally badmouths supporters of traditional values on the air.

Washington Blade Editor Kevin Naff claims to have “outed” Smith in 2005 “after Smith hit on him in a Manhattan bar,” according to the gay newspaper’s account.

As the Supreme Court prepares to rule in a case that could impose homosexual marriage on all 50 states, the pro-gay term “marriage equality” is being used more frequently by the media. It is supposed to imply that giving special status to a traditional marriage between a man and a woman is somehow discriminatory.

Bill O’Reilly of Fox News, supposedly the hard-right conservative on the channel, says that homosexuals have the most “compelling” argument, and that opponents only “thump the Bible.” The Bible condemns homosexual acts and declares that God’s plan for a family stems from a male-female union.

The participation of representatives from Al Jazeera, which is funded by the Middle Eastern government of Qatar, is surprising. In Qatar, according to the State Department:

Lesbian, gay, bisexual, and transgender (LGBT) persons faced discrimination under the law and in practice. The law prohibits same-sex sexual conduct between men but does not explicitly prohibit same-sex relations between women.

The State Department says a man convicted of having same-sex sexual relations with a man 16-years-old or older in Qatar is subject to a sentence of seven years in prison, but that the number of such cases that came before this nation’s courts during 2013 was unknown.

In advance of the New York fundraiser, the NLGJA is hosting another event known as the LGBT Media Journalists Convening, as well as the NLGJA’s National Convention & 11th Annual LGBT Media Summit in San Francisco in September.

The theme for the latter event is “Coming Home,” a reference to San Francisco’s reputation as the “Gay Capital of the U.S.”

SPLC’s Slur Against and Apology-ish to Dr. Ben Carson
b
a
x
r