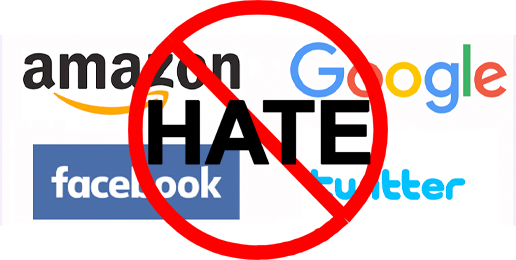 A Daily Caller News Foundation (DCNF) investigation discovered that the left-wing nonprofit is closely tied to four of the largest tech platforms on the planet, which routinely consult or collaborate with the SPLC in policing their platforms for “hate groups” or “hate speech,” and the findings were corroborated by Facebook itself.

“[The SPLC is on a list of] external experts and organizations [that Facebook works with] to inform our hate speech policies,” Facebook Spokeswoman Ruchika Budhraja informed the DCNF in an interview.

Facing users away from the right

Budhraja explained how outside groups are consulted by Facebook through one to three meetings in order to fashion its hate speech policies, but she would not name which specific organizations it worked with and insisted that they represent all political affiliations.

She then used a May 8 SPLC article that accused Facebook of inadequately censoring “anti-Muslim hate” in an attempt to prove the social media giant does not fully submit to the SPLC.

“We have our own process, and our processes are different and, I think, that’s why we get the criticism [from the SPLC], because organizations that are hate organizations by their standards don’t match ours,” Budhraja insisted, according to the DCNF. “That doesn’t mean that we don’t have a process in place, and that definitely doesn’t mean we want the platform to be a place for hate, but we aren’t going to map to the SPLC’s list or process.”

Following right-leaning users’ numerous complaints over the years about the bias of Facebook, Twitter, Google and YouTube, dozens of nationally renowned conservative leaders banded against the Internet platforms last month by issuing a statement condemning them for their censorship and suppression of conservative speech.

“Social media censorship and online restriction of conservatives and their organizations have reached a crisis level,” their joint statement read, according to Newsbusters. “Conservative leaders now have banded together to call for equal treatment on tech and social media.”

At the time, the SPLC was already suspected for contributing to the platforms’ liberal bias.

“The participants called for the tech giants to address the key areas of complaint, including lack of transparency, when removing content and deleting accounts and the imbalance of liberal content advisers – such as the Southern Poverty Law Center,” Fox News reported.

Amazon and the SPLC – a perfect left match

But Amazon trumps Facebook when it come to collaborating with the SPLC.

“Of the four companies, Amazon gives the SPLC the most direct authority over its platform, the DCNF found,” the DCNF’s Peter Hasson reported. “While Facebook emphasizes its independence from the SPLC, Amazon does the opposite: Jeff Bezos’ company grants the SPLC broad policing power over the Amazon Smile charitable program, while claiming to remain unbiased.”

In fact, an Amazon spokeswoman announced where the Internet giant gets its final word, but she would not say whether her company considers its leftist source as being unbiased.

“We remove organizations that the SPLC deems as ineligible,” the company’s spokeswoman told the DCNF. “[Amazon grants the SPLC that power] because we don’t want to be biased whatsoever.”

One of Amazon’s charitable programs under scrutiny for being in cahoots with the SPLC’s political agenda was targeted.

“The Smile program allows customers to identify a charity to receive 0.5 percent of the proceeds from their purchases on Amazon,” Hasson pointed out. “Customers have given more than $8 million to charities through the program since 2013, according to Amazon. Only one participant in the program, the SPLC, gets to determine which other groups are allowed to join it.”

It was found that the Smile program frowns upon conservatives, Christians and Jews, alike.

“Christian legal groups like the Alliance Defending Freedom – which recently successfully represented a Christian baker at the U.S. Supreme Court – are barred from the Amazon Smile program, while openly anti-Semitic groups remain, the DCNF found in May,” Hasson noted. “One month later, the anti-Semitic groups – but not the Alliance Defending Freedom – are still able to participate in the program.”

Another excuse was also given by Amazon for the way it directs its users to charities using its own – and the SPLC’s – standards and criteria.

“Charitable organizations must meet the requirements outlined in our participation agreement to be eligible for AmazonSmile,” an Amazon spokesperson told Fox News. “Organizations that engage in, support, encourage or promote intolerance, hate, terrorism, violence, money laundering or other illegal activities are not eligible. If at any point an organization violates this agreement, its eligibility will be revoked. Since 2013, Amazon has relied on the U.S. Office of Foreign Assets Control and the Southern Poverty Law Center to help us make these determinations. While this system has worked well, we do listen to and consider the feedback of customers and other stakeholders, which we will do here as well.”

Tweeting for the SPLC

The other social media giant also determines its enemies and allies, according to the SPLC.

“Twitter lists the SPLC as a ‘safety partner’ working with Twitter to combat ‘hateful conduct and harassment,’” Hassan impressed. “The platform also includes the Trust and Safety Council, which ‘provides input on our safety products, policies and programs,’ according to Twitter. Free speech advocates have criticized it as Orwellian.”

Googly over the SPLC

“Google uses the SPLC to help police hate speech on YouTube as part of YouTube’s ‘Trusted Flagger’ program … citing a source with knowledge of the agreement, [and] following that report, the SPLC confirmed [in March that] they’re policing hate speech on YouTube,” Hassan recounted. “The SPLC and other third-party groups in the ‘Trusted Flagger’ program work closely with YouTube’s employees to crack down on extremist content in two ways, according to YouTube.”

The strategic process effectively weeds out conservatives so users can get their fill of leftist content.

“First, the flaggers are equipped with digital tools allowing them to mass flag content for review by YouTube personnel,” he continued. “Second, the groups act as guides to YouTube’s content monitors and engineers who design the algorithms policing the video platform, but may lack the expertise needed to tackle a given subject.”

But this underhanded scheme has gone virtually undetected – with good reason.

“The SPLC is one of over 300 government agencies and nongovernmental organizations in the YouTube program – the vast majority of which remain hidden behind confidentiality agreements,” Hassan divulged.

Adding insult to injury, the SPLC has a track record showing that its designations are based more on left-leaning sentiments and emotions than on fact.

“The SPLC has consistently courted controversy in publishing lists of ‘extremists’ and ‘hate groups,’” the DCNF reporter maintained. “The nonprofit has been plagued by inaccuracies this year, retracting four articles in March and April alone.”

The SPLC’s anti-Trump agenda was recently exposed when it had to retract a series of its stories a few months ago.

“The well-funded nonprofit – which did not return a request for comment – deleted three Russia-related articles in March after challenges to their accuracy followed by legal threats,” Hassan recalled. “All three articles focused on drawing conspiratorial connections between anti-establishment American political figures and Russian influence operations in the United States.”

Its pro-Muslim bias was exposed the following month.

“The SPLC removed a controversial ‘anti-Muslim extremist’ list in April, after British Muslim reformer Maajid Nawaz threatened to sue over his inclusion on the list,” Hassan continued. “The SPLC had accused the supposed-extremists of inciting anti-Muslim hate crimes.”

Those who have been vocal against Islamic Sharia law and Muslim militancy have regularly been targeted by the SPLC – including Somali-born women’s rights activist Ayaan Hirsi Ali, who also made SPLC’s list.

“Ali – a victim of female genital mutilation who now advocates against the practice – is an award-winning human rights activist, but according to the SPLC’s since-deleted list, she was an ‘anti-Muslim extremist,’” Hassan informed.

“[The SPLC is] an organization that has lost its way, smearing people who are fighting for liberty and turning a blind eye to an ideology and political movement that has much in common with Nazism,” Ali declared, according to the DCNF.

United States Department of Housing and Urban Development Secretary Dr. Benjamin Carson was emblazoned on the SPLC’s “extremist watch list” in 2015 because his political worldview aligns with conservatives.

“When embracing traditional Christian values is equated to hatred, we are approaching the stage where wrong is called right and right is called wrong,” the neurosurgeon Carson proclaimed on Facebook after discovering his name on SPLC’s list. “It is important for us to, once again, advocate true tolerance. That means being respectful of those with whom we disagree and allowing people to live according to their values without harassment. It is nothing but projectionism when some groups label those who disagree with them as haters.”

It took four months of backlash from conservatives for the SPLC to apologize and remove the “extremist” label from the 2016 Republican presidential candidate, who is now serving under the Trump administration.

And there have been severe consequences to the SPLC’s intentional mislabeling, as witnessed six years ago.

“Floyd Lee Corkins – who attempted a mass shooting at the conservative Family Research Center in 2012 – said he chose the organization for his act of violence because the SPLC listed them as a ‘hate group,’” Hassan noted.

Anyone or any group not aligned with the SPLC’s ultra-leftist ideas is a prime candidate for the nonprofit’s smear campaign, and its credibility has been challenged on a regular basis.

“The SPLC receives criticism from across the political spectrum for its smearing of conservative and centrist individuals and organizations,” Breitbart News reported.

As a result of the smears, some nonprofit organizations are hit financially by receiving less contributions.

“Conservative groups, like the Alliance Defending Freedom, also face regular smears by the SPLC,” Breitbart’s Allum Bokhari stressed. “As a result, they are barred from Amazon’s charity program.”

Even former President Barack Obama at one time chastised the SPLC for its extremist agenda.

“The far-left Southern Poverty Law Center was [even] too extreme for the Obama administration – but it’s just fine for Silicon Valley,” Fox News commented. “The Obama-era Justice Department once scolded the SPLC for overstepping ‘the bounds of zealous advocacy,’ after the organization labeled the non-profit Federation for American Immigration Reform a ‘hate group.’”

Are Public Schools Modern Religious Institutions?
b
a
x
r