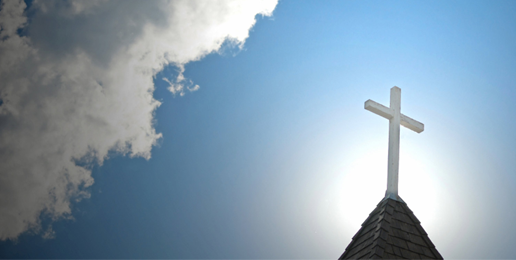 As summer temperatures began heating up and cases of COVID-19 started trending upward, the media started to look for a place to lay the blame. The New York Times quickly found it – Christians and the churches they attend.

In an article titled “Churches Were Eager to Reopen. Now They Are a Major Source of Coronavirus Cases,” the Times accused churches resuming in person worship services of being responsible for the uptick in the viruses spread. After a few days of criticism, the headline was toned down to read, “Churches Were Eager to Reopen. Now They Are Confronting Coronavirus Cases.” In particular, the article focused on “how the virus rages through Texas, Arizona, and other evangelical bastions of the South and West…” There is no mention of the large protests that have been taking place across the country and could be contributing to the higher numbers.

What’s interesting is that the article focuses on 650 cases of the Coronavirus emanating from nearly 40 churches and religious events from around the country. The article’s three writers neglect to mention that, according to the Hartford Institute, there are an estimated 300,000 churches with approximately 56 million worshipers in the United States. The numbers cited in the article are statistically insignificant: .013333 churches and .001161 worshippers. They alone cannot be responsible for the nationwide resurgence.

However, the Times counts on readers not noticing and instead focusing on what the paper sees as the politicization of the issue. Most Christians are more likely to call it a religious liberty issue. The article describes “thousands of churches, synagogues and mosques” as having “been meeting virtually or outside on lawns and in parking lots to protect their members from the virus, the right to hold services within houses of worship became a political battleground as the country crawled out of lockdown.” There is no mention that some areas had little to no cases of the virus and wished to meet with the proper social distancing protocols in place. Nor was there a rush by churches to be reckless or unsafe. Such willful negligence would hopefully have been called out by the Christian community itself.

It’s been a stressful time for everyone, but it has been particularly difficult for pastors as they have tried to navigate the unknown. Throughout the pandemic, most pastors and their congregations have taken the matter seriously. They’ve sacrificed and have been incredibly creative in finding new ways to minister to their congregations and community.

While this has been happening, religious liberty has been threatened. It is a serious issue, for we see Socialist and Marxist ideas being embraced by some in our country. We’ve seen the governor of our own state of Illinois taken to court over his restrictions on churches. Court battles have been fought in numerous states including California, Minnesota, Ohio, Nevada, New York, and Wisconsin. Many cases are still being litigated and churches in California have just seen their worship services shut down for a second time due to a resurgence of COVID cases in that state. There is no room for the Times and other media to belittle the concerns of Christians over their First Amendment rights. However, this is the same media that has been ignoring a recent spate of vandalism and burning of Catholic churches.

May we as Christians stand together and prayerfully seek God’s wisdom in ministering to our communities and protecting the health of our congregants. May we also be bold in proclaiming his Word and our right to come together and to proclaim it without fear of being targeted and silenced.

Newsom, and Lightfoot, and Brown, Oh My!
b
a
x
r