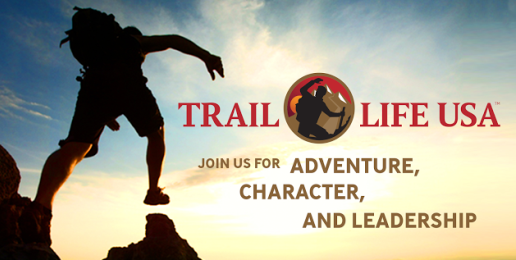 Under the radar, near a campfire, a counter-cultural force is rising.

Only three years old, Trail Life USA, the Christian answer to the politically correct Boy Scouts of America, is operating 700 troops in 48 states, with nearly 30,000 troop members.  It’s still small compared to the BSA, which began in 1910 and claims more than two million members.  But Trail Life could be on the verge of far more growth as the culture descends into madness and parents seek a haven for their impressionable sons.

Chartered in 2013, shortly after the Scouts held a Soviet version of a national delegates vote to open their ranks to openly homosexual boys, Trail Life is modeled after the American Heritage Girls.

That’s the group founded in Ohio in 1995 by former Girl Scout leader Patti Garibay, who left the cookie-selling empire in disgust after they embraced their inner liberal selves, slipping feminist ideology into materials and allowing the girls to redefine God in the oath any way they wanted.

I was a Boy Scout myself for many years, reaching the Eagle rank.  We recited the Scout Oath and meant it.  I take their betrayal quite personally. Today, if we had a son the right age, we’d enroll him in Trail Life USA, where he’d get Scouting-type adventure plus appreciation for not only Creation but its Creator.

Trail Life, for which Mrs. Garibay was an advisor, took off rapidly.  In the first year or two, half of the troops comprised former Scout troops sponsored by churches or home schoolers that broke away after the Scouts chose political correctness over being “morally straight.”

The group’s colors correspond to the age levels of the boys, evoking Mt. Rainier, with green for grass at the base for the youngest (Woodlands—K through 5th grade), gray for rocky terrain (Navigators—6th through 8th grades), and blue for the sky (Adventurers – high school).

Boy Scouts who transfer can convert their BSA badges and credentials into equivalent awards, but Trail Life is markedly different in a couple of ways.

First, as they make clear, they are unabashedly Christian.  Trail Life is open to all boys, including those with different faiths or no faith, but adult leaders must sign a faith statement and incorporate spiritual lessons into activities.

Second, the program is “more robust, and outdoor-oriented,” Trail Life Chief Executive Officer Mark Hancock told me over lunch at the Army-Navy Club in downtown Washington.  “You won’t see a ‘video game’ merit badge,” which the Cub Scouts now offer.

Ah, if only they’d had that in Boy Scouts when I was trying to rack up 21 badges for the Eagle award. I had to settle for “basket weaving.”

Trail Life’s headquarters, just south of Greenville, South Carolina, is on 107 acres. It has a building housing the small, full-time leadership staff, and a camping area.  Provided by a donor, the campus had been a home for boys for 50 years, Mr. Hancock said.

John Stemberger, an Orlando attorney and one of Trail Life’s founders, was among those who tried mightily to save the Boy Scouts. He started On My Honor, which lobbied to keep the Scouts’ traditional moral standards.  Even before the BSA changed its policy in February 2013, Stemberger met with other men to plan a Christian version of the Scouts in case the BSA went bad.  They asked for help from the Heritage Girls, who now work alongside them, often meeting in the same churches at the same times, when entire families participate.

One of Trail Life’s best byproducts, according to Mr. Hancock, is the camaraderie of the Christian men who volunteer as leaders.

“There is this guy who did four tours in Afghanistan, and he works with the boys on archery and other outdoor skills, and the kids love him,” Hancock said. “I heard so much about ‘Mr. J.P.’ that I sought him out to thank him.  This gruff, special-ops guy teared up, and told me, “When I came back from Afghanistan, I never thought I would find a band of brothers again.”

At a Trail Life bonfire outside Immanuel Bible Church in Springfield, Va., Hancock said, a woman walked up and told him that her husband had died 10 years before when they had a two-year-old son. She had despaired for his future without a father. “Now, he’s surrounded by these godly men, and I can’t thank you enough.”

“We’ve got a heart for fatherless boys,” Stemberger said, noting that he was mentoring a 14-year-old from the inner city whose father had been shot.

I asked Hancock what really sets Trail Life apart from other youth organizations, and he said, “We were forged in the fires of the cultural struggle, and we will not bend or bow.”

He noted that his son, who earned his Eagle badge just before the Scouts caved, had not renewed his membership.  In response to a BSA letter asking why, he sent a three-word reply:  “You weren’t brave.”