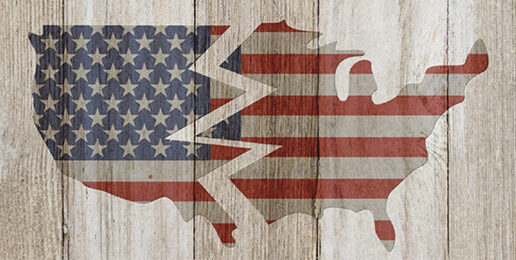 “Progressives” are variously amused, baffled, or outraged by talks percolating around the Internet about secession, viewing it as not only impracticable but also wacky. If, however, leftists would take a few moments from their narcissistic, navel-gazing search for their authentic selves, which often involve strange sexual preoccupations, to really listen to conservatives, maybe they could understand why many them no longer want to live under the progressively tyrannical rule of “progressives” who self-identify as open-minded, tolerant, and compassionate even as they seek to destroy fundamental rights and institutions.

Compared to the legal recognition of same-sex unions as “marriages,” double-mastectomies on healthy teen girls who wish they were boys, “neo-vaginas” for men forged by turning their penises inside out, and drag queen story hours for toddlers in public libraries, secession sounds not only sane but like a breath of fresh air after living chained to a wall in miasmic cave for decades.

Maybe “progressives” are furious about the quixotic idea of secession because it would mean a place would exist where they couldn’t control the dissemination of ideas or the indoctrination of children.

Maybe they’re enraged at the prospect of a country where imperfect, unwanted humans have a right to exist.

Maybe the existence of people anywhere on the planet who hold moral views that “progressives” can’t abide turns their stomachs—well, except for the Chinese Communist Party (CCP) whose moral views leftists overlook as they eagerly collude with the CCP for fun and profit.

Maybe leftists are angry at the mere thought of not having conservatives to kick around anymore.

There’s no better illustration of all that’s wrong in America—all that has led to both the rise of populism and increasing calls for secession—than the tale of Hunter Biden and the collusion that covered up the Biden crime family’s enduring influence-peddling—until, that is, after the electors met on Monday.

It’s a tale of stunning and yet utterly commonplace corruption, hypocrisy, deceit, elitism, deep state bureaucratic rule, influence-peddling, greed, sexual immorality, and the corrosive effects of the collusion of Big Tech and the Fourth Estate to promote leftism.

Many have long known that Hunter Biden was kicked out of the military and lived a sexual life as irresponsible and unethical as his professional life—if leeching off his father’s career can be considered a “profession.”

I knew he had been married and had three children with his first wife. I knew he began a sexual/romantic relationship with his deceased brother’s widow shortly after his brother died. I knew that while he was in a relationship with his brother’s widow, he had a fling with a stripper from a strip club he frequented that produced a child whom Hunter denied was his until paternity testing proved otherwise. And I knew he married yet another woman who gave birth to his fifth child.

What I didn’t know was the whole story about his military history, so …

Once upon a time there was a 43-year-old man who decided he wanted a “direct commission” into the U.S. Navy Reserve, which, as explained by a man who pursued this path, is a “little-known entry point to get into the military; it’s mostly done for doctors, nurses and dentists. But age 40 is pretty much the brick wall for those outside of those disciplines.”

Wikipedia explains a direct commission in more detail that warrants some attention in light of the background of the hapless character at the center of this story:

A direct commission officer (DCO) is a United States uniformed officer who has received an appointed commission without the typical prerequisites for achieving a commission, such as attending a four-year service academy, a four-year or two-year college ROTC program, or one of the officer candidate school or officer training school programs. … Civilians who have special skills that are critical to sustaining military operations, supporting troops, health and scientific study may receive a direct commission upon entering service.

The problem was our hapless middle-aged man was three years past the permitted age of 40 and he had a prior “drug-related” incident. In addition, he had none of the usual special skills direct commission officers have. In fact, he had few skills other than lobbying and living parasitically off his father’s connections.

His first job out of law school in 1996 was with a banking holding company that was “one of the largest donors” to Joe Biden‘s U.S. Senate campaign. Hunter’s salary was over $100,000 with a signing bonus. Within two years, he was bored and done with practicing law, so it was time for Biden to find another one of his father’s connections to latch on to.  That connection was William Daley, a name with which all Chicagoans are familiar.

In a 2019 profile in the New Yorker, one of the beneficiaries of Hunter Biden’s “earmarking” skills, which go back decades, said that Hunter had, “a very strong last name that really paid off in terms of our lobbying efforts.”

And then there is this fascinating tidbit—fascinating at least to many unconnected deplorables:

By the mid-two-thousands, a growing number of lawmakers were criticizing earmarking as a waste of taxpayer money and a boon to special interests. Hunter was concerned about his future as a lobbyist, and his financial worries increased in 2006, when he bought a $1.6-million house in an affluent neighborhood. Without the savings for a down payment, he took out a mortgage for a hundred and ten per cent of the purchase price.

His life of leeching and lobbying continued, until one day he decided what he really wanted was some kind of military honor—but one that didn’t require any actual sacrifice or service. The problem was the honor he sought would require multiple, extraordinarily difficult-to-come-by exemptions for his advanced age, drug history, and absence of requisite skills.

Fortunately, he did have a special skill just for a situation like this: He knew how to ply the unctuous trade of feeding off connections, and by now his connections were really big connections. His father, the prevaricator and plagiarist Joe Biden, was the vice president of the United States. Joe Biden had the honor of administering his son’s “commissioning oath in a White House ceremony.”

For one glorious month, Hunter Biden served his country by acting “as a public affairs officer; mostly, he went to Norfolk, Va., once a month and did a weekend of service.”

Sadly, after all that arduous string-pulling, he was discharged a month after his service began when a urinalysis revealed cocaine, which Hunter Biden claimed was the result of smoking a cigarette borrowed from a friend that must have been laced with cocaine.

Yeah, that’s the ticket—a borrowed cigarette laced with cocaine. I guess he’s learned some other skills from dear old dad.

Now that the cognitively impaired Joe Biden has almost been ensconced in the sanctuary White House where no implacable reporters can access him and knowing the contents of Hunter’s infamous laptop will soon become known, the dis-informationists at CNN, the New York Times, and Jeff Bezos’ Washington Post feel it’s the perfect time to say, “What ho, Hunter Biden appears to have been on the take! Who knew?”

The Bidens are dishonest, inept, unethical profiteers, and the mainstream press, Facebook Overlord Mark Zuckerberg, Twitter’s otherworldly emperor Jack Dorsey, and CNN’s Jeff Zucker and his stable of minions run cover for them.

I know secession sounds crazy, but the reasons for desiring it are not.

Many Americans do not want to live in a country where neither they nor their children have free speech, the right to exercise their religion freely, or the right to bear arms.

They don’t want to live in a country where they can’t publicly say that homosexual acts are morally repugnant, that marriage is a sexually differentiated union, that cross-sex hormones and mastectomies don’t turn women into men, or that men have no right to participate in women’s sports or be present in women’s locker rooms.

They don’t want to live in a country where the state may legally appropriate children from their parents, if those parents won’t participate in and facilitate the fiction that their children are the sex they aren’t.

And they don’t want to live in a country where their hard-earned money is taken by the government and used to slaughter tiny, defenseless humans.

I know, I know, secession is too complicated, but a girl can dream about letting the tyrants go their own way and create their own hellhole untouched by rationality and morality. Maybe if they were to live for a time in the anarchical, debauched dystopia for which they long, they might come around to moral sanity. And until that time, the rest of us would be free people once again.