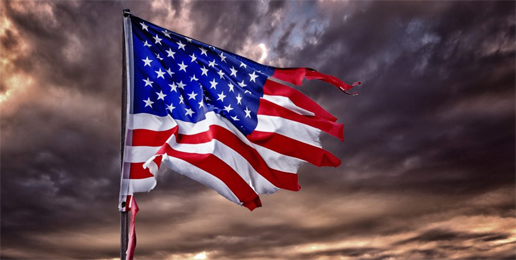 Americans who care about liberty, equality, justice, safety, and economic prosperity should not vote for any Democrat in upcoming elections, including the 2024 presidential election.

A Democrat-controlled presidency and U.S. Congress (as well as state legislatures) will further empower the arrogant, ignorant, divisive, tyrannical cancel culture that has taken root in every major cultural institution in America. Academia, the mainstream press, Big Tech, corporate America, Hollywood, and professional medical and mental health organizations collude to censor the dissemination of ideas leftists hate and oppress those who disseminate them. The power these institutions already enjoy and employ to destroy speech rights, religious liberty, and careers is not enough to satiate the unquenchable thirst for power of leftists.

A Democrat administration with a Democrat-held Congress will continue the economic carnage Biden has begun, destroying our economy through increased business regulation, increased taxes, and the destruction of the oil industry, which in turn decimates the lives and retirement income of Americans.

Assaults on religious liberty and speech rights will intensify, especially via the deceitfully named “Equality Act,” which has nothing to do with equality and everything to do with forcing compliance with policies that the homosexual community and “trans” cult want.

Democrats will continue to fight for federal funding of abortion and for a federal law protecting a non-existent moral or constitutional right of women to kill their offspring.

“Trans” cultism will continue its march through shelters, prisons, bathrooms, and locker rooms where women and girls will be forced to do private things in the presence of men and boys. Let’s remember that with Democrats in charge, male coaches who masquerade as women will be allowed in girls’ locker rooms. Democrats, ignorant of the meaning of “woman,” will continue to insult and erase women by referring to them as “birthing persons.”

Leftists will continue to try to confiscate guns and eviscerate gun rights, even if that means exploiting tragedies.

Federal promotion of toxic ideas derived from Critical Race Theory will continue to corrupt the military.

Hopes for school choice will be obliterated.

They will continue their effort to get rid of the filibuster, thereby clearing the path to easily pass any oppressive piece of legislation their Machiavellian hearts desire.

In their unholy quest to acquire and secure power in perpetuity, leftists will make sure our borders are gaping open and continue their efforts to make Puerto Rico and Washington D.C. states.

They will continue to try to dismantle the Electoral College in order to effectively disenfranchise the Republican heart of America.

A Democrat presidency would mean a great leap forward toward the revolutionary “Great Reset”—a project of a small group of mega-wealthy globalists who seek to reshape the earth and the fulness thereof. That’s not some conspiracy group’s view of the Great Reset. That’s the explicitly stated view of the mega-wealthy globalists who meet every year in Davos, Switzerland for the World Economic Forum (WEF).

The Great Reset envisions a “stakeholder” form of capitalism:

“Stakeholder capitalism,” … positions private corporations as trustees of society, and is clearly the best response to today’s social and environmental challenges. … The young Swedish climate activist [Greta Thunberg] has reminded us that adherence to the current economic system represents a betrayal of future generations, owing to its environmental unsustainability. Another (related) reason is that millennials and Generation Z no longer want to work for, invest in, or buy from companies that lack values beyond maximizing shareholder value.

[T]o uphold the principles of stakeholder capitalism, companies will need new metrics. For starters, a new measure of “shared value creation” should include “environmental, social, and governance” (ESG) goals.

A stakeholder form of capitalism contrasts with the “shareholder” form of capitalism most notably defended by University of Chicago economist Milton Friedman. Stakeholder capitalism is essentially “woke” socialism that will redistribute wealth to achieve “equitable” results. Sound familiar? “From each according to their ability, to each according to their needs”? And we thought the demise of the Soviet Union meant the end of Communism.

Integral to the Great Reset are the “environmental, social, and governance” (ESG) standards. Sounds innocuous as do all tyrannical leftist projects, but a closer look reveals the dark side cloaked in euphemistic language. Here’s a description of the goals of the Great Reset from the WEF’s website:

COVID-19 lockdowns may be gradually easing, but anxiety about the world’s social and economic prospects is only intensifying. … To achieve a better outcome, the world must act jointly and swiftly to revamp all aspects of our societies and economies, from education to social contracts and working conditions. Every country, from the United States to China, must participate, and every industry, from oil and gas to tech, must be transformed. In short, we need a “Great Reset” of capitalism. … We must build entirely new foundations for our economic and social systems. (emphasis added)

The goals are global and radical:

The Great Reset agenda would have three main components. The first would steer the market toward fairer outcomes. … governments should implement long-overdue reforms that promote more equitable outcomes. … (emphasis added)

Anyone who’s been paying attention understands what is really meant by “fairer” and “more equitable outcomes.” The goal of globalist socialists is not the creation of fairer more equitable opportunities but, rather, the flattening of outcomes to ensure that everyone’s outcome is the same—well, everyone but the mega-wealthy globalists.

[S]takeholder capitalism is a betrayal of democracy as well as of shareholders. The power it gives to managers is used to support an agenda influenced by a cabal of activists, NGOs, representatives of the “international community,” and politicians too arrogant to go through the usual legislative channels.

Like the “social and emotional learning” (SEL) standards leftists use to indoctrinate children with leftist views on sexuality in public schools, every company rejiggered in accordance with the wishes of the WEF will be expected to implement ESG standards, that is to say, leftist environmental and social standards:

Environmental criteria may include a company’s energy use, waste, pollution, natural resource conservation, and treatment of animals. … For example, are there issues related to its … compliance with government environmental regulations?

Social criteria look at the company’s business relationships. Does it work with suppliers that hold the same values as it claims to hold? Does the company donate a percentage of its profits to the local community or encourage employees to perform volunteer work there?

In other words, wokesters will control all aspects of the economy to control citizens’ beliefs.

In an opinion piece published by The Hill, Justin Haskins, editorial director and senior fellow at the Heartland Institute shares Stuttaford’s concerns about the Great Reset:

[T]he general principles of the plan are clear: The world needs massive new government programs and far-reaching policies comparable to those offered by American socialists such as Sen. Bernie Sanders (I-Vt.), and Rep. Alexandria Ocasio-Cortez (D-N.Y.) in their Green New Deal plan. …

Or, put another way, we need a form of socialism — a word the World Economic Forum has deliberately avoided using, all while calling for countless socialist and progressive plans. … For those of us who support free markets, the Great Reset is nothing short of terrifying. … America is the world’s most powerful, prosperous nation precisely because of the very market principles the Great Reset supporters loathe.

Like the mostly violent protests Americans endured in 2020, this massive economic revolution requires an army of revolutionaries:

Of course, these government officials, activists and influencers can’t impose a systemic change of this size on their own. Which is why they have already started to activate vast networks of left-wing activists from around the world, who will … demand changes in line with the Great Reset.

In October 2020, Andrew Stuttaford warned that the pace of the march toward the WEF’s socialism-infused stakeholder capitalism “will only pick up in the U.S. should Joe Biden, who has caricatured shareholder primacy and described it as ‘an absolute farce,’ be elected president.”

The warning about the Great Reset is even more urgent today. The colossal economic reset envisioned by socialists who identify as capitalists, along with dozens of other reasons, should lead Americans to choose a new path: The Great Conservative Reset.