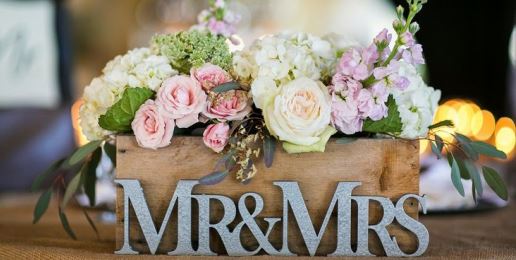 America may recognize same-sex marriage now — but not because voters asked it too! And if the Left thinks the Supreme Court has finally decided the issue, they’re in for a major surprise. Turns out, the court of public opinion has its own verdict on the subject — and new polling shows it’s anything but liberal.

A year and a half into this experiment in judicial activism, the opinion of most voters hasn’t budged. When asked by Wilson Perkins Allen Opinion Research if they agreed with this statement — “I believe marriage should be defined only as a union between one man and one woman” — a solid 53 percent agreed. That’s a 16-point difference between those who disagreed at 37 percent (another 10 percent were undecided). No wonder liberals had to win same-sex marriage through the courts. It isn’t nearly as popular as the Left insists it is! Sixteen months into this illegitimate ruling, nothing about the people’s opinion has changed. According to Wilson, the 53 percent support for natural marriage is identical to what it was pre-Obergefell. Even the five justices of the Supreme Court haven’t managed to move the needle on America’s views!

For once in her life, House Minority Leader Nancy Pelosi (D-Calif.) was right. If it weren’t for the U.S. Supreme Court forcing this decision on America, redefining marriage would have taken years for the Left to accomplish — if ever. “Legislatively, we couldn’t really succeed,” she admitted in May, “but from the courts and the rest… that victory has been won.” For years, the media managed to create this phony narrative of support — even when ballot boxes and state laws told another story. It’s encouraging to see that even when the laws change, people’s understanding of right and wrong do not. Obviously, voters — especially conservative Christians — are looking for politicians who will stand up to the cultural elites and their radical agenda.

That may be one reason why Donald Trump enjoyed such overwhelming support. As the poll goes on to say, nearly six in 10 Trump voters were swayed by the pro-life, pro-religious liberty planks of the GOP platform. And, as someone who served on the RNC Platform Committee, I can tell you that the 2016 document is the most conservative it’s ever been on every issue, including marriage. So when 66 percent of voters tell pollsters that the “Government should leave people free to follow their beliefs about marriage between one man and one woman as they live their daily lives at work and in the way they run their businesses,” it’s really no surprise that Donald Trump enjoyed the record-breaking evangelical support he did. He was the only candidate in the race that showed his commitment to religious freedom, especially when it comes to giving churches the ability to speak freely about politics from the pulpit (which 53 percent support).

As I told Fox News’s Todd Starnes, the Republican Party’s platform positions on the unborn and religious liberty were the bridge between Donald Trump and Christian conservatives. And he sealed that deal in the final debate when he vividly described a partial-birth abortion and pledged to appoint pro-life justices. If the liberal press had bothered to listen to what voters believe — instead of telling them what to believe — this election wouldn’t have been nearly as shocking. Because if there’s one overwhelming message everyone should have heard on Tuesday, it’s this: the media, the courts, and the Left don’t speak for the American people.

Tony Perkins is the president of Family Research Council.

This article was originally posted at the FRC blog.