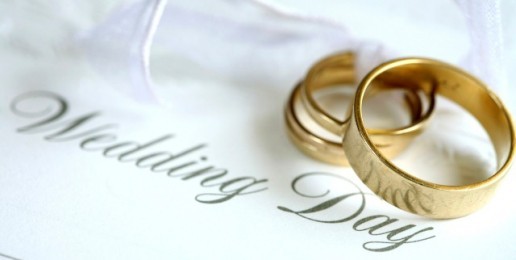 As politicians compete to prove who loves the middle class more, they’re missing the elephant and the donkey in the room.

The middle class needs not just tax breaks and jobs but also marriage.

This is the finding of a new University of Virginia and Institute for American Values report, “The State of Our Unions,” which tracks the decline of marriage among the nearly 60 percent of Americans who have high school but not college educations. This has far-reaching repercussions that are not only societal but economic as well. By one estimate cited in the report, which was written by five family scholars, the cost to taxpayers when stable families fail to form is about $112 billion annually — or more than $1 trillion per decade.

Obviously, marriage or the lack thereof isn’t the only cause of our deficit spending, but neither is it irrelevant. Consider that in the 1980s, only 13 percent of children were born outside of marriage among moderately educated mothers. By the end of this century’s first decade, the number had risen to 44 percent.

That we seem unfazed by these numbers suggests a lack of attention to the reasons marriage matters in the first place. It isn’t so that wedding planners can bilk daydreamers out of $50 billion a year or so that bridezillas can have reality TV shows. Marriage matters because children do best when raised in a stable environment with two committed parents, exceptions notwithstanding.

For whatever reasons — a fear of appearing judgmental or hypocritical, perhaps — no one makes a peep. Many of us, after all, have divorced. But this fact doesn’t mean that marriage is no longer important or that children’s needs have changed. Furthermore, this report isn’t concerned with the well-educated, who are typically better equipped to cope with dysfunction, financial or otherwise.

What happens to the other 60 percent? And what happens to a society upon whose beneficence the offspring of these broken or never-formed families ultimately may depend? Why isn’t anyone talking about this?

In the past, dramatic family changes have prompted calls to national action. The Moynihan Report of 1965 focused attention on the alarming rise of African American children born out of wedlock. In the 1990s, rising divorce rates and single motherhood spawned a fatherhood movement and welfare reform. Recently, same-sex marriage has dominated our interests.

The hollowing out of marriage in middle America cries out for similarly impassioned action. As lead author Elizabeth Marquardt writes in the report:

“Marriage is not merely a private arrangement; it is also a complex social institution. Marriage fosters small cooperative unions — also known as stable families — that enable children to thrive, shore up communities, and help family members to succeed during good times and to weather the bad times. Researchers are finding that the disappearance of marriage in Middle America is tracking with the disappearance of the middle class in the same communities, a change that strikes at the very heart of the American Dream.”

Our current debate about the fiscal cliff and entitlement spending can’t be separated from the breakdown of marriage. In the absence of stable families, economic and societal need increases. And while most good-hearted souls wish to help those in distress, we are essentially plugging holes in leaky boats. Shouldn’t we build better boats?

The report’s scholars suggest doing this with a series of federal and state proposals. One is to change the tax and welfare system, which frequently imposes financial penalties — up to 20 percent of family income — on low-income couples who choose to marry.

Another suggestion is to triple the child tax credit for children under age 3, which would have the added benefit of encouraging married people to have more children — much needed in the longer term to support the nation’s elderly.

These are but two of many, which can be viewed online at stateofourunions­.org, along with an urgent plea that President Obama include some of these thoughts in his State of the Union address next month. It insults no one to encourage couples to marry before having children, thus making a public as well as private commitment to love and care for them.

Perhaps most important, to ignore the marriage deficit among America’s middle class is essentially to be complicit in perpetuating a society of winners and losers. Those born to married, well-educated parents are more likely to prosper, while those born to fragmented families are more likely to repeat the patterns of their parents.

Therein is a national tragedy worthy of our attention.