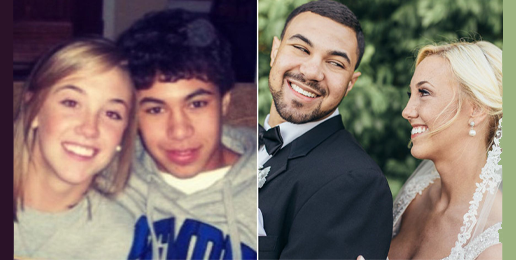 During the COVID shutdown, I would bet that a lot of families watched more movies or TV series than they might have without a national quarantine. While left on my own, I will invariably choose an old western, war movie, or police show from years ago. But if my wife and I are watching something, and sometimes even with the kids too, we are much more likely to see a romantic comedy than exploding tanks or screaming Indians.

You may have noticed in modern movies that there is an ideal of finding one’s soulmate in romantic movies. Modern progressive ideology of a marriage being about self-fulfillment, more than commitment, is clearly evident in our culture.

This is not to say one should marry someone whom they don’t enjoy simply because they are willing to marry. But if marriage is about self-fulfillment and the things that two people do together, what happens when times get tough or if one partner develops dementia or a disease? What if sailing, golf, or travel are no longer possible or no longer enjoyable together?

If marriage is about love and companionship between partners who can largely concentrate on doing fun things they like together, does this model have pitfalls, or does it make for more happier marriages as might often be seen on a sitcom or the Hallmark Channel?

The proponents of this more utilitarian approach to marriage do not deny that it will lead to more divorce as couples split when a marriage loses its usefulness for self-fulfillment, and a spouse simply moves on. However, they argue that their approach makes for more happier marriages, the cream of the crop theory so to speak, as those who are not fulfilled separate and those who remain are the happiest.

Divorce has climbed dramatically in the US and in societies where the belief that marriage should only last as long as matrimony brings self-fulfillment. Yet, has this truly brought happiness?

Bradford Wilcox of the Institute for Family Studies has a fascinating article about this in which he notes that while divorce has increased dramatically since the early 1970’s, marital happiness has not. About 67 percent of husbands and wives were “very happy” about their marriage in the early 1970s, but only about 62 percent of them were very happy by the late-1980s, according to the General Social Survey.

What is especially striking about this decline in marital quality is that, according to progressive logic, marital quality should have improved in the 1970s and 80’s as fewer and fewer Americans married and many supposedly second-rate marriages were dissolved.

What proponents of the progressive view did not really anticipate is this: if your parents, best friend, and sister all get divorced, your confidence in your own marriage is likely to take a hit. That’s because how we think about and approach our own union is deeply affected by what we see happening in the marriages of our friends and family members. Worries about the future of your own marriage, in turn, reduce your sense of emotional security, willingness to invest in your relationship, and happiness in your own marriage.

In his own recent study of California women, Wilcox concludes that how one views the permanency of marriage has a big impact upon marital happiness. He found, 82 percent of those who embrace an ethic of marital permanence report being satisfied in their marriages, compared to 77 percent of those who take the more conditional or functional view of marriage.

“In most marriages, knowing that you and your spouse are deeply committed to one another, come what may, fosters many other marital goods: more trust, more emotional security, more mutually beneficial investments in one another and the marriage—both financially and emotionally—more fidelity, and a clearer vision for a joint future.  All of which translate, for the average couple, into higher levels of marital quality, especially compared to couples who do not share a commitment to marriage ‘til death do us part.”

Another Shooting, Another Son of Divorce or Fatherlessness
b
a
x
r