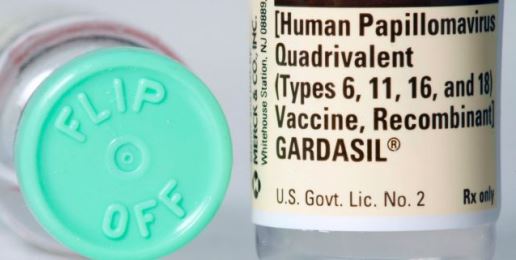 Twelve year old Kristin had a secret she wanted to keep from her parents. They just wouldn’t understand if she told them about what she and a 17 year-old neighbor had been doing before their parents got home from work.

But Kristin remembered her health teacher talking about things to watch out for after fooling around – and she feared she was in trouble.

“I think Ms. Wilson called them ‘genital warts,’ or something gross like that,” Kristin thought after discovering some unusual bumps in her private area. “I wonder if that’s what I’ve got.”

When she got off the bus that morning, Kristin headed to the school clinic, where the school nurse advised her what she should do. She could get the treatment and advice she needed, and she could also get the first of three shots that would be a protection against cancer from contacting HPV.

And she could do it all without her parents ever finding out.

While Kristin’s story sounds like a far-fetched horror story for parents, the whole scenario is realistic and is perfectly legal in Illinois.

In 1995, the Illinois legislature set into effect a public policy that says “A minor 12 years of age or older who may have come into contact with any STI may give consent to the furnishing of medical care or counseling related to the diagnosis or treatment of an STI.” [410 ILCS 210/4]

In June 2013, the Illinois General Assembly’s Joint Committee on Administrative Rules (JCAR) added three words after “treatment,” – “or vaccination against.”

Minors in Illinois are now giving consent for vaccinations protecting themselves against four types of human papillomavirus (HPV) and against Hepatitis B.  HPV is a virus transmitted only through direct sexual contact, while Hepatitis B, according to a FAQ page on the Center for Disease Control’s website, “is most commonly spread through sexual contact and accounts for nearly two-thirds of acute Hepatitis B cases.”   Hepatitis B is also spread by blood and other body fluids.

This expanded public policy involving the treatment of minors’ sexually-transmitted infections (STI) is contradictory and deceptive.

For example, if a 12 year-old like Kristin fears she may have been exposed to an STI, a crime has been committed. Illinois law places the age of consent at age 17. Any sexual activity with a child 12 yea- old  (or younger) through the last day of being 16 is a felony in Illinois.

Also, mandated reporters like school clinic nurses and medical personnel are normally required to report suspected criminal activity, but are allowed to treat, counsel and vaccinate without parental consent Illinois minors concerned they may have come into contact with an STI.

Gardasil can be harmful. Over 30,000 adverse reactions have been reported to the federal government’s reporting system after being vaccinated by the Merck Company’s  HPV vaccine. At least 140 Americans have died and over 900 have been disabled after getting the Gardasil series.

Japan’s parliament recently lifted their country’s Gardasil mandate after teenage girls in wheelchairs testified how the vaccine had permanently detrimental effects. The country of Australia is considering following Japan’s lead.

“Informed consent is the only humane way to administer vaccinations to anyone,” Barbara Loe Fisher, the president of the National Vaccination Information Center said.

“Twelve year-olds are not mature enough to object morally or ethically and are unable to be responsible for any negative reactions,” she said. “This policy is stunning, and very dangerous.”

Illinois parents should be made aware that their children can be getting secret STD vaccinations, Fisher said.

But no one in the state is taking that responsibility on.

Schools are not informing parents about the rights their children have to make medical decisions concerning sexually-transmitted infections.

The state is not informing parents. Indeed, the Illinois Department of Public Health spokesperson was adamant when she said, “It isn’t our job to tell parents about this.”

So, if it’s not the school’s nor the state’s job, the weight of telling parents what their children may be doing falls back on the very kids that are doing it, like 12 year old Kristin.

Perhaps Illinois parents learning about their state’s anti-parent policy should take on the task by telling other parents what’s going on – and then talk to their lawmakers.