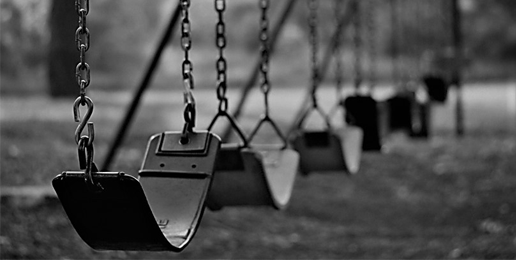 The world is quickly becoming over-populated. There is not enough water, food, fuel or other natural resources to sustain us all. We will soon be faced with a “survival of the fittest” class struggle, as the “have-nots” contend with the “haves” for land and property rights, in an attempt to stay alive during the coming economic apocalypse that ensues. Billions will starve to death (or worse) as every blade of grass is consumed by the ever-encroaching urban sprawl and demand for limited services.

At least this is the neo-Marxist narrative the socialist / globalist journalist, politicians and educrats want you to believe.

How Did We Get Here?

Whence did all these stories of over-population, limited resources, carbon footprint, etc. originate?

Thomas Malthus (1766-1846), wrote a book in 1798 entitled, An Essay on the Principle of Population as It Affects the Future Improvement of Society. He hypothesized that “… the power of population is indefinitely greater than the power in the earth to produce subsistence for man.”

Charles Darwin (1809-1888) was influenced by Malthusian theory. Darwin’s 1859 book, On the Origin of Species by Means of Natural Selection, or the Preservation of Favoured Races in the Struggle for Life, created a world where only the physical reality matters. The soul of humans was diminished, and people quickly became reduced to resource-consuming units. Social Darwinism soon developed the concept that only the strongest should be allowed to survive, and that often was the “white race.” Eugenics, a practice of eliminating unwanted elements of the population through whatever pragmatic means was currently culturally accepted (or whatever you could get away with), was a driving worldview behind Adolf Hitler and the Nazis.

Eugenics advocate, Margaret Sanger (1879-1966), the founder of Planned Parenthood, invented the term, “birth control,” and raised $150,000 for research leading to the first birth control pill in 1951. Sanger promoted “a stern and rigid policy of sterilization and segregation to that grade of population whose progeny is already tainted, or whose inheritance is such that objectionable traits may be transmitted to offspring.” —“A Plan for Peace,” Birth Control Review, April 1932, pages 107-108

Radical environmentalism placed the continued survival of the species as a primary virtue (with all of the devotion of a religion). We must save the planet, so we can all survive. If that means killing off large segments of our population (through abortion or other means), so be it.

Margaret Sanger, who intentionally set up abortion clinics in African-American neighborhoods, declared: “The most serious evil of our times is that of encouraging the bringing into the world of large families. The most immoral practice of the day is breeding too many children,” she continued “The most merciful thing that the large family does to one of its infant members is to kill it.” —“Woman and the New Race,” 1920, Chapter 5: The Wickedness of Creating Large Families.

The real fact is that we have plenty of land and natural resources to accommodate our growing population. Of course, we should be good stewards of the earth, and find renewable resources, but we need to stop seeing children as a pestilence to be exterminated, and view them as they are; emerging innovators who can create a more sustainable future for us all.

The doomsayers with this message have consistently been proven wrong. Fifty years ago, Paul Ehrlich, author of The Population Bomb, wrote: “The battle to feed humanity is over. In the 1970s and 1980s hundreds of millions of people will starve to death in spite of any crash programs embarked upon now. At this late date nothing can prevent a substantial increase in the world death rate.”

He also predicted the average age of death would be 42 by 1980, and the oceans could rise 250 feet because of melting ice caps (anyone wonder where Al Gore got his nonsense?). Ehrlich was certainly a false prophet. While poverty, hunger, and lack of adequate drinking water are present realities in many parts of the globe, these problems are almost always created by corrupt and oppressive governments, poor infrastructure, inefficiency (wasted food), lack of technology (shortage of water wells), war, and even cultural superstition (like in India where their religious beliefs have created food shortages by not allowing mice and rats to be killed, or cattle to be eaten for food, ceremonial bathing in drinking water, etc.).

False over-population myths have been responsible for many of the over 60 million abortions since Roe v. Wade in 1973. The truth is, there is room for every person on this planet to stand shoulder to shoulder within the city limits of Los Angeles, CA. It’s not a space issue, it’s a stewardship issue.

While not self-consciously pro-eugenics, the philosophical descendants of Malthus, Darwin, Sanger and Ehrlich have produces a negative view of children in our culture.

Children are not a negative drain on a society, they are, in the words of the Psalm 127 in the Bible, “a reward.” Population growth through birth rate9 is one of the prerequisites of a healthy economy. What is scary, is not child birth, but rather a massive aging population who have trusted their government to pay for their retirement (with funds long past spent). Our current Social Security system for the immense Baby Boomer generation is being funded by the current labor and taxation of Gen X and Millennials.

The problem is, in western culture, we’ve almost either killed off, or prevented the conception of, an entire generation of scientists, doctors, nurses, farmers, technicians, engineers and inventors. If we weren’t thinking of this in theological terms (considering the sovereignty of God), one might speculate that the scientist who would have discovered the universal cure for cancer may have been murdered in the womb.

A society needs a fertility rate of 2.1 births children per (hopefully married) woman to sustain population levels and maintain a stable economy. What we see happening in many part of Europe is a society driving full speed towards an economic cliff (not to mention a moral one!).

Muslims are quickly taking over population centers in Europe through a much higher than average birth rate. Muslims recognize the value of child-birth as a means for cultural domination. America only slightly exceeds a 2.1 growth rate, but that is due to immigration, not birth rate. As our birth rate slows to match that of Europe, we can expect to see our productivity decrease as well.

Many nations, including China, Japan, Israel and others are seeking to encourage their citizens to have more children now, not less. The problem is, the anti-child and anti-family worldview is so ingrained in many cultures, people are now avoiding marriage and child-bearing altogether. STD’s are on the rise (so sexual activity is likely on the rise) but marriage and raising children within a committed marriage is despised.

To be clear, I am not suggesting that birth alone solves these complex economic problems. There is far more to a stable society, and robust economy that human bodies taking up land mass. What is needed is for a healthy family culture to emerge. Committed, monogamous, heterosexual marriages provide the best context for raising good citizens. Children need both fathers and mothers to help guide them into life’s complex maze of choices. We do not merely need to give birth to babies; we need to train them well how to become contributing adults. Divorce and parental absenteeism has given us a generation of lost young adults who are struggling to find their way through emotional pain, and subsequent substance abuse. They need the stability only a loving family can provide.

The key is to raise the next generation to understand their responsibility to be producers and nor mere consumers. Entertainment, government subsidies and dumbed-down educational systems have created youth who have a major entitlement complex. They’ve had free daycare, free government schooling, free meals at school, and even in many cases, free college that wasn’t merit-based. The growing acceptance of marijuana and other addictive substances have sapped ambition and is crippling what is left of the American work ethic. Many of them sit back, waiting on the government to take care of them throughout their life. Young adults like this will never successfully lead us into the future.

While information is essential for our global economy, we must also continue to produce goods and services. This is where parents are going to have to work hard to combat the indoctrination towards government dependency being inculcated in our nation’s youth from a very young age.

I’ve never been one to merely preach at others, while not taking my own advice. At the time of this writing, my wife and I are eagerly awaiting the birth of our tenth child in just a few short months. We have never been on government assistance, and we support them all, and teach them a good work ethic (age appropriate of course) from the time they are young. We homeschool them entirely by ourselves and will save taxpayers over a million dollars just between K-12 by not putting them into government schools.

We patiently endure the sarcastic and snarky comments of perfect strangers who ask us, “Do you know what causes that?!” or “Are they all yours?! Surely you aren’t planning to have more?!” Many of those casting shade at us have children who are on drugs or have been in jail for felonies. We don’t take offense at their rudeness and ignorance. We have our eyes set on a higher goal. We are preparing these young ones to be successfully in life: Physically, mentally, emotionally and spiritually. We are teaching them how to love and care for their neighbors, and how to solve problems, rather than create them. It’s not for the faint of heart, but our great country wasn’t built by people who shrank back from challenges. It was built by people of strong moral courage and tenacious convictions.

It is my hope that conservatives will stop reading from the playbooks of the progressive, leftist, Eugenic, social engineers, and will return to what make America great: Faith, family (including children) and freedom. These universal principles never fail. Join with me in helping to make America great again…by seeing once again that value of our children (our future).