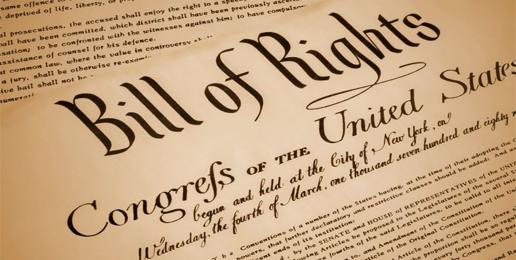 The U.S. Constitution is one of the most important documents in American history, yet it receives little attention in today’s academia. As the securer of our freedom, the U.S. Constitution deserves our attention and respect. Leading up to the November election, we will walk through this invaluable document and its meaning to us all.

Some states refused to ratify the original U.S. Constitution without it specifically protecting individual rights such as freedom of speech, religion, and press. There was a compromise reached in which the majority of states agreed to ratify the document with the assurance that U.S. Congress would add individual protections during their first session. U.S. Congress kept its word and now we have the Bill of Rights, the moniker given by the Founding Fathers to the first ten amendments to the U.S. Constitution.

Those amendments mean little until they are put in some historical context.

The Founders had just fled Great Britain, where the Church of England was the state-sponsored religion. Protestants and Catholics had both experienced severe persecution across Europe throughout the years causing many to flee to North America. The original thirteen colonies were made of immigrants, children of immigrants, or perhaps grandchildren of immigrants who came to America to escape such persecution. The result of a state having an official religion was real to them. That led to the states adopting the First Amendment to the U.S. Constitution which reads,

“Congress shall make no law respecting an establishment of religion, or prohibiting the free exercise thereof; or abridging the freedom of speech, or of the press; or the right of the people peaceably to assemble, and to petition the government for a redress of grievances.”

During the Revolutionary War, the colonists’ main weapon was the musket. Men from across the independent nation developed militias to fight against the King’s army. The Founding Fathers knew that, in order to keep the government from tyrannical power, the people had to keep and bear arms. Thus we have the Second Amendment, which reads,

“A well-regulated militia, being necessary to the security of a free state, the right of the people to keep and bear arms, shall not be infringed.”

The Revolutionary War brought thousands of British troops into the thirteen colonies. Those troops forced their way into the colonist’s homes in order to have food and shelter during the war. Many homeowners were forced to house people they considered their enemies. For this reason, Congress added the Third Amendment to the U.S. Constitution which states:

“No soldier shall, in time of peace, be quartered in any house, without the consent of the owner, nor in time of war, but in a manner to be prescribed by law.”

As you can tell, there is a trend here: nearly all of the Bill of Rights stemmed from the Founding Fathers’ experience in Great Britain. At times their individual liberties were pushed to the wayside.

The Fourth Amendment stems from the third. It reads,

“The right of the people to be secure in their persons, houses, papers, and effects, against unreasonable searches and seizures, shall not be violated, and no warrants shall issue, but upon probable cause, supported by oath or affirmation, and particularly describing the place to be searched, and the persons or things to be seized.”

The Founders witnessed the British army raid colonists’ homes in search of evidence that the homeowner or family members were rebelling against the King.

A more complex amendment is the fifth. It reads,

“No person shall be held to answer for a capital, or otherwise infamous crime, unless on a presentment or indictment of a grand jury, except in cases arising in the land or naval forces, or in the militia, when in actual service in time of war or public danger; nor shall any person be subject for the same offense to be twice put in jeopardy of life or limb; nor shall be compelled in any criminal case to be a witness against himself, nor be deprived of life, liberty, or property, without due process of law; nor shall private property be taken for public use, without just compensation.”

During the Revolutionary War, the king’s army captured rebels and seized their property without due process. This amendment ensures those suspected of a crime have a trial by a jury of their peers. It also makes sure a suspect cannot be charged twice for the same crime. Lastly, the Fifth Amendment prevents anyone from having to testify against him/herself. All of this combined makes for arguably the greatest justice system in the world.

Similar to the Fifth Amendment, the sixth assures a speedy and public trial. It also assures jury members are from the state and district in which the crime took place. Lastly, the witnesses may be present and the accused must have legal counsel for his defense, which the state may provide if necessary. The Sixth Amendment reads,

“In all criminal prosecutions, the accused shall enjoy the right to a speedy and public trial, by an impartial jury of the state and district wherein the crime shall have been committed, which district shall have been previously ascertained by law, and to be informed of the nature and cause of the accusation; to be confronted with the witnesses against him; to have compulsory process for obtaining witnesses in his favor, and to have the assistance of counsel for his defense.”

The Seventh Amendment is one of the more elementary amendments. It assures that no case tried by jury can be tried again in any other court of the United States. It reads,

“In suits at common law, where the value in controversy shall exceed twenty dollars, the right of trial by jury shall be preserved, and no fact tried by a jury, shall be otherwise reexamined in any court of the United States, than according to the rules of the common law.”

The Eighth Amendment is self-explanatory and reads,

“Excessive bail shall not be required, nor excessive fines imposed, nor cruel and unusual punishments inflicted.”

One important aspect that the authors of the Constitution wanted to make clear is that it doesn’t cover every possible individual right or liberty. The Founding Fathers didn’t want the people to only be protected by what is explicitly laid out in the Bill of Rights. In essence, while the Constitution is an invaluable document, it isn’t the end-all-be-all when it comes to liberty and rights. The Founders knew it was highly likely that they failed to mention certain rights deserving protection. The Ninth Amendment reads,

“The enumeration in the Constitution, of certain rights, shall not be construed to deny or disparage others retained by the people.”

The Tenth Amendment is the most important when it comes to the states’ authority. This final amendment in the Bill of Rights gives each state the authority to regulate the affairs of what the Constitution fails to address. Specifically, it says,

“The powers not delegated to the United States by the Constitution, nor prohibited by it to the states, are reserved to the states respectively, or to the people.”

This being the final amendment in the Bill of Rights, it grants power to the states and to the people. This amendment is necessary for the people to enjoy life, liberty, and the pursuit of happiness.

The next time the U.S. Constitution is brought to your attention or a specific amendment, remember the Bill of Rights and the history behind it. Our Founding Fathers wanted to ensure those after them would have individual liberty. We must not take this for granted.

This article was originally published by AFA’s The Stand. 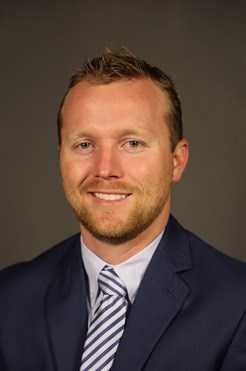 Walker Wildmon
Walker Wildmon serves as Vice President of Operations for American Family Association (AFA) and as a spokesperson for AFA and has been quoted by CNN, Fox News and other major news outlets. He also serves as Chief Executive Officer and Member of the Board of Directors of AFA Action. Walker graduated from Mississippi State University with a degree in Political Science. He calls Tupelo, Mississippi home and is beginning to raise a family there. Walker and his wife Lexie are happily married with four children. ...
Full bio and more from Walker Wildmon
b
a
x
r