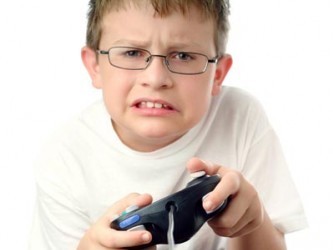 The U.S. Supreme Court has struck down a California law prohibiting the sale of violent video games to minors. The 7-2 ruling determined that video games are protected by First Amendment free speech rights and that the state did not provide enough evidence that violent video games affect minors more negatively than other forms of media (such as cartoons) which were not included in the law.

The language of the California statute included video games that depicted “killing, maiming, dismembering, or sexually assaulting an image of a human being.”

“Video games qualify for First Amendment protection,” wrote Justice Antonin Scalia on behalf of the court. “Like books, plays, and movies, they communicate ideas…Government has no power to restrict expression because of its content.”

Scalia argued that children have long been fed a diet of violence. “There is no tradition in this country of specially restricting children’s access to depictions of violence. Certainly the books we give children to read, or read to them, have no shortage of gore. Grimm’s Fairy Tales, for example, are grim indeed.”

Dissenting Supreme Court Justice Stephen Breyer argued that the High Court was being inconsistent with its other rulings upholding laws restricting the sale of sexually explicit materials to minors.

“What kind of First Amendment would permit the government to protect children by restricting sales of extremely violent video games only when a woman in the game who is being bound, gagged, tortured, and killed, is also topless?”

California State Senator Leland Yee, the sponsor of the legislation struck down, blasted the High Court decision. “The Supreme Court has put the interests of corporate America first.”

Proponents of the California law claimed that the brains of juveniles have not matured to the point that a minor is able to handle behavior control. The California Legislature relied on various studies that point to a link between violent video game use and an increase in aggressive thoughts, anti-social behavior, and desensitization to violence in both minors and adults.

“With the exception of GameStop, many in the video game industry appear to be unwilling to prevent the sale of [these] games to kids. With no fear of any consequence for violating the age restriction guidelines, retailers can now brazenly sell games with unspeakable violence and adult content even to the youngest of children. We will be monitoring this very closely.”

Illinois lawmakers attempted to enact similar legislation, with guidance and support from Illinois Family Institute, in 2005.

While upholding free speech is an important American right, violent video game laws do not have prevent adults from purchasing these materials. It’s unfortunate that the courts continue to disregard compelling evidence about the negative impact of consuming violent material — especially for children. Not all parents are informed or able to pay close enough attention to the nature of these games. It makes sense to prevent ultra-violent material from making it into the hands of minors without parental consent.