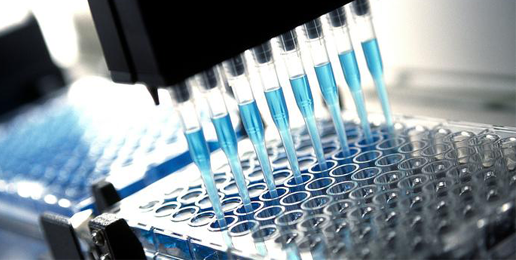 Reports on the internet and social media of infertility problems and changes in women’s menstruation abound. Popstar Nicki Minaj has recently stated her hesitancy with the vaccine due to an anecdotal story about a friend of her cousin who suffered impotency following the vaccine. Leftists who usually celebrate Minaj’s debauchery now view her as a social pariah as she questions the vaccine’s safety. However, her acquaintance is not the only individual reporting reproductive issues, making her questions valid.

Reports from women experiencing menstruation changes following receiving the vaccine are growing. In the United Kingdom, there have now been over 30,000 women reporting changes to their menstrual cycles. These changes include extreme bleeding, pain, and skipping cycles. As reports spread through the U.K. and the U.S., some young women are concerned that the vaccines could affect their reproductive ability.

Despite these reasonable concerns, the Center for Disease Control and Prevention (CDC) and their mainstream media sycophants have dismissed any possibility of reproductive or menstruation problems occurring following the vaccines. However, as the CDC publicly dismisses claims, the National Institute of Health (NIH) awarded $1.67 million to five institutions to research links between the coronavirus vaccines and changes in women’s menstruation. The NIH announced on August 30th that researchers with Michigan State University, Boston University, Harvard Medical School, Johns Hopkins University, and Oregon Health and Science University, in coordination with NIH Office of Research on Women’s Health, would research reported menstruation problems in vaccinated women.

Reports of vaccine side effects are made to the Vaccine Adverse Event Reporting System (VAERS), a reporting site co-managed by the CDC and the Food and Drug Administration (FDA). However, numerous problems exist within the system. Healthcare providers are only required to report side effects if they are listed by the manufacturer or appear on the VAERS Table of Reportable Events Following Vaccinations.

Unfortunately, there is no list on the Table that refers directly to any of the COVID vaccinations. Nor are menstruation or reproductive issues recognized as a side effect by manufacturers.

There is a list for “New Vaccines,” which specifies required adverse reactions to report. Those reactions include: shoulder injuries following the vaccine, vasovagal syncope (fainting) within seven days of inoculation, any acute complication including death, or any side effect listed in the manufacturer’s insert information. There is no indication that healthcare workers are required to report possible links to changes in menstruation or reproductive health.

The CDC claims that “VAERS is not designed to determine if a vaccine caused a health problem,” asserting that a determination of that sort is not the purpose of the site. Rather, they claim their main objective is to “assess the safety of newly licensed vaccines.”

How can the CDC claim a vaccine is not causing women’s reproductive issues if VAERS cannot determine health problems? If they cannot determine if a vaccine has caused a health issue, how can they assess the safety of vaccines? Women should demand answers to these serious questions.

Another issue with VAERS is that many physicians say it is a complex reporting process that is time-consuming. Doctors have objected to filling out the report in the past, and even the CDC has recognized its limitations. In the CDC’s Manual for the Surveillance of Vaccine-Preventable Diseases, the authors state that:

“A survey was conducted in 2005 to assess the knowledge, attitudes, and practices among healthcare providers about reporting to VAERS. Data indicated that although 71% of respondents were familiar with VAERS, only 17% said they were very familiar with it. Approximately 37% of healthcare providers had identified at least one adverse event after immunization, but only 17% stated that they had ever reported to VAERS.”

Drastic underreporting limits our knowledge of the type of side effects the COVID vaccine is causing. Taking these factors into consideration, it is highly likely that few doctors actually report the impact of the vaccine on menstruation and reproduction.

Although the NIH is investigating the possibility of problems with women’s menstruation following the vaccine, other medical agencies are charging ahead with vaccine approval. The American Academy of Pediatrics (AAP) is urging FDA approval of vaccines for children under the age of 12. Not only are they recommending approval, but Pfizer has now claimed that the vaccines are safe for ages 5-11 when reduced to one-third the standard adult dosage. If adults are potentially experiencing reproductive and menstruation issues due to the vaccine, the question remains: how will it affect children’s reproductive development?

This ramrod, rushed dispersion of the COVID vaccines without resources to report adverse effects is complete lunacy. Reported side effects are essentially ignored. When confirmed, manufacturers quietly add side effects to the manufactures’ list without any public notification. Pfizer recently added myocarditis risks to their growing list of side effects. Will manufacturers do the same if it is determined that menstruation and reproductive problems are linked to their product? If given to young children, could side effects lead to sterility in these children? There are more questions than answers currently, and the federal government prefers avoiding any scrutiny.

However, it may be possible that the CDC, FDA, NIH, and vaccine manufacturers will have to answer questions. Project Veritas recently released a video from Jodi O’Malley, a registered nurse employed by the U.S. Department of Health and Human Services (HHS) in Arizona. O’Malley recorded herself speaking with fellow employees, including an emergency room doctor, who felt the federal government was not adequately tracking side effects from the COVID vaccines. The medical staff lamented that they had seen numerous people suffering from side effects. O’Malley forwarded the video to Project Veritas and has become a whistleblower to report on the federal government’s failures related to the vaccines’ adverse reactions. The failure of the government to report on side effects may mean vaccine related-problems with reproductive health and menstruation could be widespread. Perhaps if more whistleblowers come forward, the public will finally be made aware of existing adverse reactions.

Despicable Behavior of Today’s Academicians
b
a
x
r