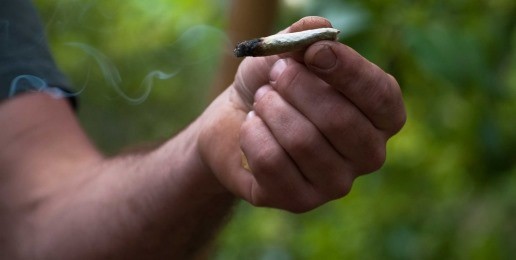 Even though the so-called “Medical” Cannabis Pilot Program has yet to begin, State Senator Michael Noland (D-Elgin) has introduced legislation (SB 753) which would legalize the possession of 30 grams of marijuana and 5 plants for anyone over 21 years of age.

In the Illinois House, State Representative Kelly Cassidy (D-Chicago) has introduced legislation (HB 218) which would lessen the criminal penalties of recreational marijuana possession of 30 grams or fewer to a $100 ticket and a petty offense.

These bills are audacious steps in the process of rolling back drug laws in Illinois and across the nation.  While using marijuana continues to be an offense under federal law, last year President Barack Obama issued a set of directives relaxing federal anti-money laundering statutes and instructed his Justice Department not to prosecute so-called “medical” marijuana dispensaries.

Take ACTION:   The most effective way to stop these bills is by calling your state representative and senator. Call the Capitol Switchboard and ask to be connected to him/her at (217) 782-2000. Ask them to vote NO to SB 753 and HB 218.

Please also click HERE to send them an email or a fax to tell them that you do not want marijuana legalized or decriminalized in any way, shape or form.

Background
Colorado legalized “recreational” marijuana a year ago. Despite the frightening evidence from Colorado, some lawmakers are intent on pursuing a reckless agenda in the hopes of realizing a new tax revenue stream. Colorado’s Democratic Governor John Hickenlooper even says it “was a bad idea!”  We could reasonably expect the same negative consequences here in Illinois: an increase in crime, hospitalizations, car accidents and deaths.

Make no mistake, these reckless public policy decisions will create significant problems for families, businesses, and communities throughout Illinois.  Marijuana use leads to greater cognitive deficits, lower IQ’s, loss of fine motor skills, a suppressed immune system, apathy, drowsiness, lack of motivation, sensory distortion, mental illness and anxiety.  Absenteeism and dropping out of school are common in marijuana users who start young and use regularly.

Unfortunately, there is a lot of misinformation and naiveté surrounding marijuana, and even a greater lack of understanding of how this bad public policy will affect society.

One of the more pernicious lies advanced by Leftists asserts that our prisons are filled with and our correctional system are overwhelmed with people arrested for smoking or possessing marijuana. The Office of National Drug Control Policy dispels this myth:

…the vast majority of inmates in state and federal prison for marijuana have been found guilty of much more than simple possession.  Some were convicted for drug trafficking, some for marijuana possession along with one or more other offenses.  And many of those serving time for marijuana pled down to possession in order to avoid prosecution on much more serious charges.

In 1997, the year for which the most recent data are available, just 1.6 percent of the state inmate population were held for offenses involving only marijuana, and less than one percent of all state prisoners (0.7 percent) were incarcerated with marijuana possession as the only charge, according to the U.S. Department of Justice’s Bureau of Justice Statistics (BJS).  An even smaller fraction of state prisoners in 1997 who were convicted just for marijuana possession were first-time offenders (0.3 percent).

There are many more reasons to oppose decriminalization.  The facts speak for themselves:

The Dangers and Consequences of Marijuana Abuse

Strong Cannabis Causes One in Four Cases of Psychosis

Odd Byproduct of Legal Marijuana:  Homes That Blow Up