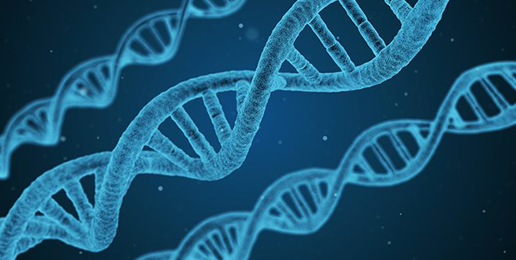 
For years, the Left has claimed to be the party of science, while casting religious conservatives as ignorant, superstitious louts.

But evidence is mounting that it’s the other way around, and has been for some time.

After all, who are the ones claiming that we should ignore biology and redefine a man as a woman if he feels like it?

Who still claims, despite graphic ultrasound evidence, that a growing human being in a womb is a baby, that because we don’t really know, we can dispose of it?

Underlying this defiance of science is the claim for a purely material, evolutionary origin of life without any creative design. Based on speculation, it depends heavily on ignoring things like irreducible complexity.

That’s when something could not logically have developed piecemeal but had to have come into being with its complex machinery intact.  Anything less would actually reduce a creature’s viability and survivability.  Think of an underdeveloped wing, without feathers.  Until fully able to assist in flight, the wing would be a burdensome appendage that could hobble a creature fighting off predators.

The bombardier beetle has a canister holding a hot, deadly chemical spray that is released at near boiling point.  Imagine this system developing gradually, just by chance mutations.  Does the bug get a beautifully engineered protective container first just in case it ever produces a toxic weapon?

The sheer beauty and complexity of the universe indicated to Albert Einstein and other great scientists like Isaac Newton evidence of intelligent design, i.e., a Creator God who is outside our conception of time and space.  Without a Creator, the Big Bang makes no sense whatsoever.

To believe that life itself came from nothing, you have to believe that random chance and time somehow magically create fantastically complex things like the human cell.  It’s like insisting that a Mercedes Benz convertible could turn up on the moon just by chance and enough billions of years.

Beginning with the union of egg and sperm, a human cell rapidly reproduces into millions and then billions of cells. Within two weeks, the cells differentiate in order to become everything from the retina to an earlobe. It all happens via DNA, which remains a mystery as to how it works.

In his remarkable book, “More than Meets the Eye,” Richard A. Swenson, M.D. presents a tsunami of facts about the human body and brain that leaves one open-mouthed in wonder. That is, unless you are unimpressed by analogies like this, concerning the constant destruction and reformation of the 10 to 100 trillion cells in the body:

“If your body were a house, and the house were the size of Texas, imagine knocking down the walls in a million rooms every second and hastily rebuilding them again with new materials.”   Every second.

If that’s not enough, consider the body’s use of its two to four pounds of calcium.  Nearly 99 percent is stored in the bones and teeth, but the rest is used in blood clotting, nerve transmission, muscle contraction and heart function. Here’s the neat part. When the body needs some calcium for one of these applications, it draws from the “exceptionally large total surface area of the tiny mineral crystals within the bone, equal to one hundred acres.”

Meanwhile, marrow in those bones, of which the body has about 200 to go along with 600 muscles, creates a trillion blood cells daily that travel through 60,000 miles of blood vessels.

As for the brain, it holds 10 to the 14th power bits of information with a storage capacity 1,000 times that of a Cray-2 supercomputer.  This means it can hold information equivalent to 25 million books, enough to fill a bookshelf 500 miles long.

Ah, but how to use all that?   The brain apparently performs a “thousand trillion computations per second,” according to Dr. Swenson, who notes that, “it makes you wonder why balancing the checkbook is so hard.”

What might help us have more patience with our fellow human beings is the growing body of knowledge of how we are “fearfully and wonderfully made,” in David’s words in Psalm 139.

I thought about this while scanning social media, with all the insults, name calling and utter lack of appreciation for differences of opinion.  The sheer level of vitriol is stunning.

Yes, there are violators on both sides, but I’ve found that it’s the Left more often than not that’s working overtime to shut down honest discussion and to deny scientific truth when it interferes with their brave new world of sexual anarchy, earth worship and socialist economics.

There’s nothing on the right comparable to the black-hooded thugs of Antifa, for instance, or the white-coated “scientists” who characterize anyone questioning extreme claims of manmade climate change as “deniers” who should be barred from public forums.

When we see people with whom we deeply disagree, it tempers our anger to ponder that they, like us, were created by a God who loves people in spite of our rebellious pride and wants only the best for us.

Robert Knight
Robert H. Knight, Executive Director and Policy Expert, has been a journalist for 15 years, including 7 as editor/writer at Los Angeles Times. He holds a B.S. in Political Science from American University, 1973 and a M.A., Political Science; 1975 American University, and a Media Fellowship, 1989-1990 Hoover Institution, Stanford University. He has also held senior positions with the Heritage Foundation, Family Research Council, Concerned Women for America, Media Research Center, and Coral Ridge Ministries. He has authored three books and hundreds of reports, papers and articles....
Full bio and more from Robert Knight
b
a
x
r