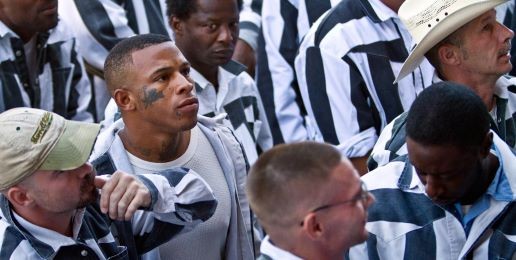 The Russian novelist Fyodor Dostoevsky once wrote that “the degree of civilization in a society can be judged by entering its prisons.” He spoke from experience, having spent four years in Siberia after having his death sentence commuted.

LISTEN TO THIS COMMENTARY HERE

Unfortunately, many Americans can also speak from experience on this score. As regular BreakPoint listeners know, many of our prisons are overcrowded and dangerous places where men and women are kept in conditions that should shock our consciences.

Let me be clear: I’m not laying this at the feet of our nation’s corrections officials. If our prisons speak poorly of the state of our civilization, it’s largely because we incarcerate far too many people for low-level offenses and care too little about what happens to them after we’ve locked them up.

But there are many people who, despite the public’s lack of concern, are making a difference in the lives of those entrusted to their care. One of them sits on Prison Fellowship’s board of directors: Burl Cain, the warden of Louisiana’s Angola Prison.

Actually, to call Angola a “prison” and Cain its “warden” is a bit off the mark. With 6,300 inmates and 1,800 employees and covering 18,000 acres, the Louisiana State Penitentiary, as it is officially known, is more like a small city with Cain as its mayor.

Cain was the subject of a recent First Things magazine piece by Peter Leithart entitled “Remember the Prisoner.” That is a fair summary of Cain’s approach. In far too many prisons, the word “penitentiary,” from the Christian word “penitent,” is a misnomer. Men and women are warehoused and then released in no better and often worse shape than when they arrived.

Cain’s approach was summed up by Richard Peabody, a guard who has worked at the prison for 37 years. He told Leithart that “prisoners are offered incentives to better themselves, and when they prove trustworthy, they take positions of responsibility within the prison.”

Many of the opportunities to better themselves and prove themselves worthy of responsibility take their inspiration from Cain’s Christian faith. One such opportunity is Malachi Dads in which prisoners “pledge to provide spiritual leadership for their kids” and thus break the generational cycle of crime.

Another is the on-campus seminary. You heard that correctly, a seminary. New Orleans Baptist Seminary offers a four-year degree that inmates can earn behind bars. Graduates of the program become “prisoner-pastors” who minister to other prisoners.

Some even transfer from Angola to other prisons where they minister to offenders in those institutions. As Leithart put it, “Angola has become a missionary-sending prison.”

Perhaps the most telling touch is Cain’s overhauling of the way dying and dead inmates were treated. Angola has a hospice program where prisoners care for their dying companions. And when a prisoner dies, his remains “are carried to marked graves in a Victorian hearse, drawn by two horses and driven by [an inmate nicknamed] ‘Bones,’ who is dressed in tux and top hat.”

It’s all a part of Angola’s commitment to honoring prisoners’ humanity. Cain and his employees treat prisoners with dignity, in life as in death. And they seek their moral transformation and restoration to society—as Cain has been discussing with fellow wardens over the past several months under the auspices of Prison Fellowship.