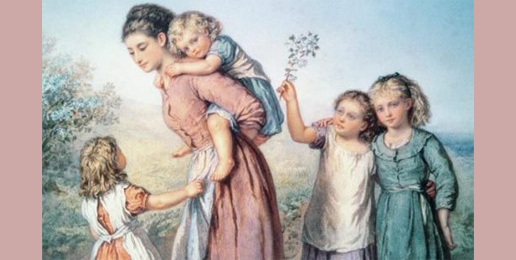 This may sound like the start of a joke among a group of guys, but it is not.  Contrary to the message of feminism and pop culture, which implies that smarter women are the career executives or full time working single women, new research is finding that there is such a thing as a “mommy brain” and it is a positive thing.  Motherhood does more than make a woman tired.

Here is the technical essence of this study, which comes from the Netherlands, and found that pregnancy markedly changes the brain of a woman for the better. It notes:

Women who became pregnant between the scanning sessions showed neural changes so distinct that a computer could distinguish between pregnant and nonpregnant women based on their brain scans alone. The heightened estrogen and progesterone hormones of pregnancy trimmed back some “gray matter”—the cell branches that connect neurons to each other—which has the effect of sharpening, not diminishing, mental capacities. The neural pathways that remain are streamlined and strengthened in the process.

It isn’t so much that becoming a mom makes women smarter as if they can set aside books and still boost their IQ.  It is that pregnancy appears to reshape the brain boosting productivity which in turn makes moms more prepared and sharper for the challenges that motherhood brings.

Some research seems to indicate that this sharpness can translate into economic gains as well.  A study in Quartz called “The Ultimate Efficiency Hack: Have Kids” noted that mothers outperformed childless women in almost every single performance metric the researchers used.   That report also notes that fathers are more efficient in the workplace for most (not all) of their career than childless men.”