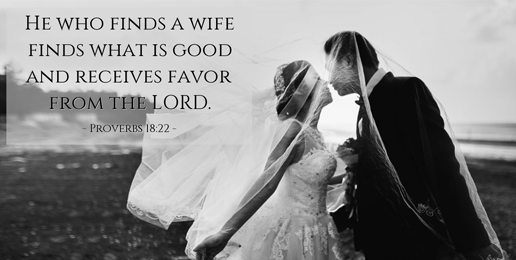 Marriage is not worth it for men. It’s not worth the practical and financial sacrifices, the lost romantic opportunities, or the “lack of freedom.” All in all, a spouse is a ball and chain—of little benefit to any man interested in pursuing happiness and well being.

Considering both the latest survey data and the continuing decline in the marriage rate, it’s fair to say that this viewpoint is becoming more entrenched in our society, particularly among younger men.

But, despite its prevalence, the ball and chain view of marriage is simply not supported by the research. Indeed, the benefits of marriage for men are substantial by every conceivable measure, including more money, a better sex life, and significantly better physical and mental health. Yet, many men remain ignorant of these benefits, a view seemingly promoted by popular culture.

These are the opening paragraphs of a great briefing paper from the Institute for Family Studies which dispels many of the myths about marriage that are rampant in our culture.  While being a good husband is hard work, the paper points out that the benefits of marriage are numerous for both men and women, and even more so for children.

Since romance is the topic of the day on this Valentine’s holiday, it is also interesting to note that married men have better sexual relationships than their peers, including unmarried cohabiting, males.   According to the National Health and Social Life Survey, 51% of married men reported that they were “extremely” satisfied with their sex lives compared to only 39% of cohabiting men and 36 percent of single men.

Lastly, married men tend to be happier than their cohabiting or unmarried peers. Married men tend to have better mental health outcomes and less depression than their peers.  To read or print out this report click this link: https://ifstudies.org/ifs-admin/resources/ifs-researchbrief-menmarriage-083117.pdf