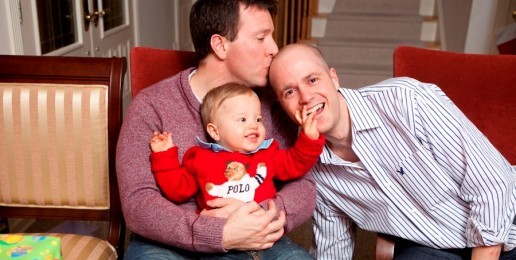 Two California homosexuals have won a federal lawsuit, allowing both their names to be on their adopted son’s Louisiana birth certificate.

According to Chron.com, the state of Louisiana initially refused the request because homosexual adoption and same-sex “marriage” are illegal in that state. Oren Adar and Mickey Ray Smith then filed a lawsuit, which stated that leaving their names off the birth certificate “singles out unmarried same-sex couples and their adoptive children for the improper use of making them unequal to every one else.”

“What, essentially, you see happening are these other states, through the back door so to speak, bringing in same-sex unions through these other kinds of methods. It’s not generally a direct, head-on, frontal assault with regards to same-sex marriage,” he notes. “But the fact is, if a sister state is required to recognize same-sex adoption, even though it doesn’t recognize it within the state, that is essentially a component that is a significant, central aspect of marriage.”

According to Staver, that lays the legal ground for future lawsuits to mandate recognition of homosexual marriage on other states.

However, difficulties continue to arise in cases of unmarried same-sex couples who wish to adopt. Some registrars do not believe a man’s name should be on the birth certificate space labeled “Mother” or a woman’s name listed as “Father.” The lawyer for Adar and Smith contends some states have “resolve[d] the problem” by changing the form to read “Parent 1” and “Parent 2” instead.

Staver says the federal Defense of Marriage Act needs to be amended to so that no state is forced to accept homosexual adoption that is legal in a sister state.