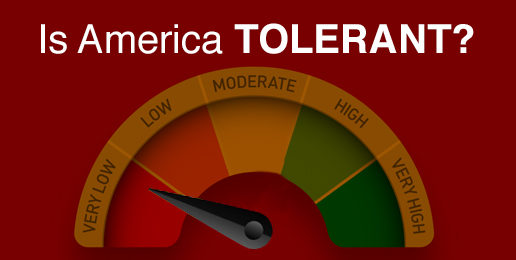 The Merriam-Webster dictionary defines tolerance as: A: “sympathy or indulgence for beliefs or practices differing from or conflicting with one’s own; or B: the act of allowing something: Toleration.”

Modern culture would like for you to believe that America went from an intolerant nation in the 20th Century to a very tolerant one today.   In reality, nothing could be further from the truth.  Tolerance has come to mean embracing only one point of view, the liberal one.  Otherwise one is not tolerant, but intolerant.

If only one viewpoint is allowed there is nothing to tolerate.  Tolerance requires disagreement.  For example, if my teenage children listened to the music I listened to in high school, I wouldn’t be tolerating their choice, because it’s what I like and might choose myself.  True toleration involves my having to politely endure this new stuff, which I really don’t like.

This fits with a September poll which found that 73 percent of college students who identify as conservative say that they censor their own academic work in order to protect their grades.

An October 2016 poll found that 75 percent of Yale University students agreed that Yale “does not provide a welcoming environment for conservative students to share their opinions on political matters.”