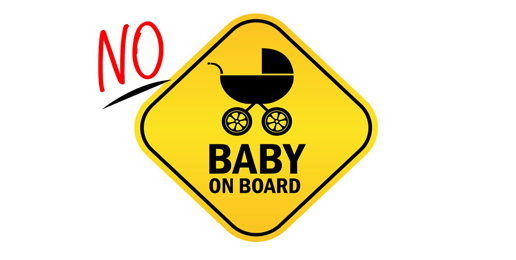 “Intentional Childlessness” on the Rise
11.01.21
PRINT

“I never expected to be the poster child for sterilization,” Rachel Daimond told Suzy Weiss in a recent article titled, “First Comes Love, Then Comes Sterilization” focusing on a troubling trend among American young adults. For several months, Diamond has been using social media, especially Tick Tock, to document her decision to undergo sterilization to guarantee that she would never have children. Diamond, like a growing number of young adults, is part of the “intentionally child free” or anti-natalist movement.

Weiss notes that many of the young adults embracing this movement cite concerns about climate change, with one study finding that 39 percent of Generation Z does not want children because they are concerned about the environment. But as Weiss’s article shows, there is more to the story. Many young adults who are choosing not to have children and even sterilizing themselves to make sure they remain child-free also express a hostility toward the very idea of family.

One young woman, Isabel, told Weiss that she is planning a “sterilization celebration” at a local sushi joint, explaining that she believes it is morally wrong to bring children into the world because “no matter how good someone has it, they will suffer” and because she hopes to retire in her fifties or earlier.

Others expressed their lingering bitterness toward their parents and a fear of becoming like them. Diamond told Weiss that her relationship with her father was part of her reason for deciding to “never ever ever” become a parent. Family division is increasingly common — more than one in ten mothers over the age of 65 are estranged from their adult children. No family will ever be perfect and families need to have grace for one another. Gracelessness is a cruel thing, and it is clear that many of these young adults who have no grace for their parents also have no grace for themselves as they choose sterilization out of fear that they would not be perfect parents.

An equally heartbreaking reason for intentional childlessness is that many young adults harbor a deep dislike for children and the very idea of family. “Kids are gross,” said one interviewee. Others explained “child freedom lingo” including terms like “brant” or “breeder rant,” defined as “annoying things people with kids tell people without kids about how great life is with kids” and “Mombie” — a “haggard mom-zombie.” Anti-natalists may insist that they reject the idea of family out of concern for the environment or fear of messing up, but the sneering disdain for children and parenting that is on display points to the fact that our culture doesn’t like children.

Closely connected to young adults’ rejection of children is the growing rejection of marriage. Recently the number of American adults who believe that marriage is needed to create strong families hit a record low, with barely over half believing in the importance of marriage. Nearly 20% believe that marriage is old-fashioned and out of date. Marriage and family are good gifts from God and essential to building a healthy, flourishing society. These are things that can never become “out of date” and that cannot be rejected by a society without lasting harm.

Anti-natalism is a philosophy of hopelessness and misanthropy. It is also increasingly revealing itself to be rooted in resentment, fear, and a belief that children are a burden. The way that our culture sees children specifically, and humans in general, is wildly out of step with how God sees them. Scripture teaches us that children are a blessing and a gift and that human life is precious because we are created in the image of God. Embracing God’s view of children teaches us to see the value of fatherhood and motherhood and recognize children as the gifts that they are.

This article was originally published by Minnesota Family Council.