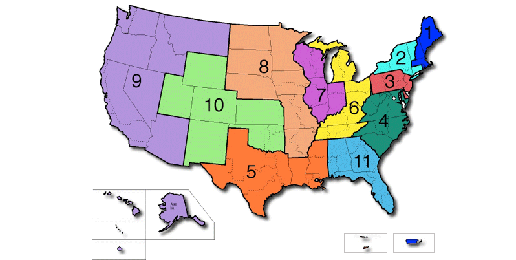 Federal Courts to Consider a “Fundamental Right to Marry” Anybody
Written By Micah Clark   |   08.06.14
PRINT

This week, a three-member panel from the 6th Circuit Court of Appeals in Cincinnati, Ohio is looking at state marriage laws and voter approved marriage protection amendments in Ohio, Michigan, Kentucky and Tennessee.

Later this month a panel of judges from the 7th Circuit Court of Appeals in Chicago will look at a judge’s overturning of Indiana’s marriage laws as well as Wisconsin’s marriage amendment.

The question seemingly before the court hinges around the advocates of same-sex “marriage” claim to a fundamental right to marry someone of the same-sex.  Dr. Chris Gacek, with the Family Research Council wrote an article for a Cincinnati newspaper, a portion of which I’d like to share to help explain what this means (or should mean) in legal terms.  Gacek writes:

To decide whether a right is “fundamental” under the due process clause, the Supreme Court requires two things. The first is a carefully worded description of the “asserted fundamental liberty interest.” Second, such rights must be “deeply rooted in this Nation’s history and tradition.” The right must also be “so rooted in the traditions and conscience of our people” that “neither liberty nor justice would exist if [it was] sacrificed.”

A loose definition like “being able to marry the person of one’s choice” is too broad and could include the union of multiple partners and other arrangements. In fact, the plaintiffs in these cases are already permitted to marry: they can marry persons of the opposite sex as can we all. But they want the courts to legitimize a new social-sexual arrangement by declaring a “right” to same-sex marriage.

The next step for the courts requires an inquiry into whether the claimed right to same-sex marriage is deeply rooted in this nation’s history and traditions.

No state contemplated redefining marriage until Hawaii in the mid-1990s, and the first American marriages of this kind took place in Massachusetts in 2004. It seems fair to conclude that any right to same-sex marriage is not deeply rooted in this country’s history and traditions, and thus no such fundamental right exists.

To be clear, the fact that the law does not support allowing courts to change the definition of marriage does not prevent legislatures from enacting statutes that allow for such unions. It merely prevents the due-process clause from being used to thwart citizens’ policy preferences. The Sixth Circuit needs to follow the law and reject the argument that there is a “fundamental” right to same-sex marriage.

The Black Robe Regiment is coming!
Click HERE for times and locations.