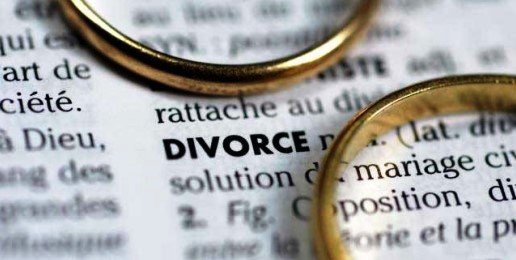 Some church members seem almost determined to divorce. They are unhappy and think that if they end their marriage, they can find a better mate. What should a pastor say to them? Or what should he say to a spouse whose partner wants out?

First, pastors should urge both spouses to read an important new book by Dr. Diane Medved, Don’t Divorce: Powerful Arguments for Saving and Revitalizing Your Marriage.

However, since few people buy books these days, here’s what the pastor might say, based on the author’s advice: “No matter how strong your desire for divorce at the moment, please consider that you could be making a mistake, especially if your partner is committed to you and wants to make your marriage satisfying for both of you.”

If your partner wants to leave, ask some questions: “What can I or we do to make our marriage more satisfying to you? Are you attracted to someone else? What can I improve about my habits or behavior that would show you I value you?”

Dr. Medved argues that “In divorce, emotions trump logic. So if you want to stop the divorce, you’ll need to appeal on an emotional level…In marriage, there’s a continuum from dire misery to ecstasy.” She urges you to take small incremental changes, and ask your partner if he/she sees improvements. Increase the number of favorable emotions, gestures and interchanges. Increase the percentage of your time together that is close and supportive.

For example, have a weekly date – doing something you both enjoy. Every Friday, my daily newspaper publishes Weekend, a special section promoting costly theater and music productions. However, there is one page called The Guide to the Lively Arts which lists free events, usually held in churches. It might be a pianist and cellist, or four saxophones playing classical music. The Maryland State Boychoir of 70 boys sang a wide range of songs.

Here are other reasons to avoid divorce. First, it is hazardous to your health. An analysis of 32 studies reported that divorcees had a 23 percent greater chance of dying during the survey period, and for men, a 31 percent higher risk.

Second, “financially, divorce is a lose-lose proposition,” Medved asserts. One economist reported that “Divorce reduces a person’s wealth by about three-quarters compared to that of a single person, while being married almost doubles comparative wealth.” Thus, a married person is worth double a single person, but a divorced person’s wealth is just a quarter of that!

If there are no children, divorce simply entails a division of assets. If children are involved, there is also a division of time and money far into the future. Holidays, birthdays and family celebrations require planning.

More important, divorce is a disaster for kids. They tend to blame themselves for the breakup, and feel shut out by separating parents. Split loyalty is agony. Children of divorce do poorly in school, suffer anxiety, stress and low self-esteem, are less likely to finish high school and are three times more likely to be expelled than kids from intact homes.

They are more apt to be juvenile delinquents and to live in poverty because incomes for non-poor mothers and children declines by 50 percent after divorce. They are less likely to move up the income ladder as adults. Only 26% with divorced parents move up to the middle or top third as adults, compared to 50% of children with intact parents. They are also more likely to commit suicide.

Divorce robs children of a triple birthright – security, wonder and optimism – that equips them to venture forth to a challenging world. “From this motivation you can rekindle the love and romance that brought you and your partner together to create them,” Medved writes.

In her landmark book, The Unexpected Legacy of Divorce, Judith Wallerstein interviewed 131 children from 60 divorced families over 25 years, with intensive interviews every five years. She was surprised to discover that repercussions of divorce hit hardest when children became adults.

They had a tougher time forming intimate relationships. Only 40 percent eventually married, half the general population’s rate, and they were more likely to divorce.

Often adult children of divorce “are depressed and defeated.” And angry. One asked, “Did I want them to divorce? Did I like taking orders from my stepfather? Did my dad want me around? Did my mother ask me before she got a whole new family? Who listened to me? Who helped me grow up?”

Therefore, Medved asserts, “Staying together for their welfare is perhaps the most important stand a married couple can take for their children’s future.”

Mike McManus, a Duke graduate, was a reporter for three small papers before joining TIME magazine as its youngest correspondent in 1963. Mike started writing a syndicated column in 1977 called “The Northern Perspective,” suggesting how to revive the economy of America’s old industrial states from Maine to Minnesota. At its high point, the column was in 70 papers. In 1981, he began writing a second syndicated column, “Ethics & Religion.” For 11 years he wrote both weekly columns, but discontinued writing The Northern Perspective in 1992 when he got a contract to write a book, Marriage Savers: Helping Your Friends and Family Avoid Divorce, published in 1993 and expanded in 1995.

Mike and his wife, Harriet, are co-founders of Marriage Savers, an organization devoted to helping churches virtually eliminate divorce in their congregations and to pushing down city-wide divorce rates.

Making Too Much of Marriage?
b
a
x
r