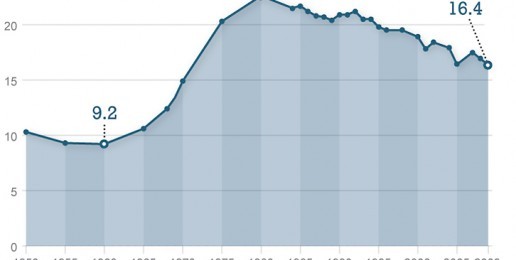 Do Christians Really Have the Same Divorce Rates as Non-Christians?
Written By David E. Smith   |   04.08.11
PRINT

USA Today recently published an article about whether the popular perception that Christians divorce at nearly the same rate as non-Christians is really true. The article’s conclusion? It’s a matter of semantics.

For the last several years, many publications and preachers have lamented about statistics from the Barna Group (a leading research organization tracking statistics about faith and society) indicating that Christians divorce at almost the same rate as non-Christians. Some researchers, including Focus on the Family’s Glenn Stanton, have contested that it depends on what type of “Christian” is being evaluated.

Brad Wilcox, director of the National Marriage Project at the University of Virginia, agrees there’s been some confusion. Wilcox’s analysis of the National Survey of Families and Households has found that Americans who attend religious services several times a month were about 35 percent less likely to divorce than those with no religious affiliation.

What Is Becoming of America?
b
a
x
r