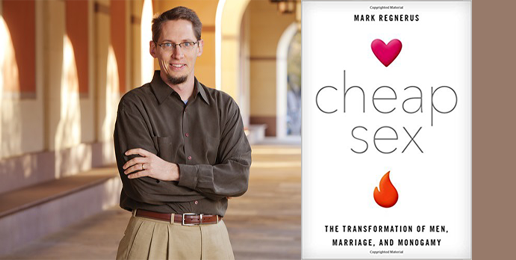 Sociologist Mark Regnerus has a new in-depth study of how our culture’s lack of sexual morality is impacting relationships in ways not seen in previous generations.  There was a fascinating, if not disturbing, review of Regnerus’ new book (Cheap Sex) that contained the following section specifically looking at how the culture is impacting Christians. It also mentions how churches are impacted by these changes and the confusion it is causing.

The review states the following:

Long-standing Christian sexual ethics are making less and less sense to the un-churched — a key market for evangelicals. That’s giving church leadership fits over just how “orthodox” they can be or should be on matters of sex and sexuality. “Meeting people where they’re at” becomes challenging. Congregations are coming face to face with questions of just how central sexual ethics are to their religious life and message.

Levels of uncertainty — that is, neither agreeing nor disagreeing — about various sexual practices and attitudes are elevated among Christians. When we asked more than 15,000 Americans about sexual ethics, many who attended religious services at least once a week were on the fence. How many?

One can interpret those on the fence as movable — open to being convinced. But if trends in sexual norms hold, most who once claimed neutrality eventually drift toward the more permissive position.

Cohabitation has prompted plenty of soul searching over the purpose, definition and hallmarks of marriage. But we haven’t reflected enough on how cohabitation erodes religious belief.

Defining Deviancy Down
b
a
x
r