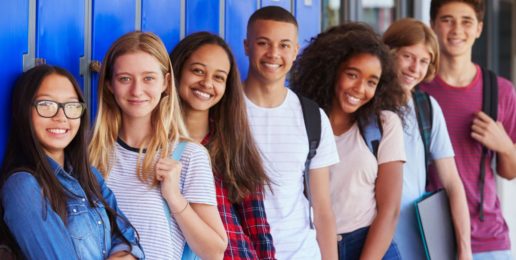 Black lives do matter, but not because they’re black—which, as “progressives” continually tell us—is just a social construct. Black lives matter not because of the color of their skin but because they are human lives created in the image and likeness of God and endowed by God with unalienable, intrinsic rights.

Since society is composed of fallen humans with desperately wicked hearts, many forces conspire against blacks, including some toxic systemic forces that demand solutions. Few if any of these solutions are proposed by Black Lives Matter (BLM), Antifa, or the Democratic Party. In fact, in the grimy, grasping quest for power of BLM, Antifa, and “progressives,” they double-down on the policies and cancerous ideologies that undergird those policies, thereby increasing their own political power and the suffering of those whose votes they covet.

Because black lives matter, here are some ideas for uprooting or transforming malignant systemic dysfunction that harms black (and red, yellow, brown, and white) lives:

[D]uring the rise of police unions to political power in the 1970s, police unions lobbied for legislation that shrouded personnel files in secrecy and blocked public access to employee records of excessive force or other officer misconduct. Today, these officer misconduct confidentiality statutes continue to prohibit public disclosure of disciplinary records related to police shootings and other instances of excessive force. … [P]olice unions often strategically frame any opposition to their agenda of secrecy as endangering public safety and harming the public interest. However, police unions often conflate “the public interest” with the private interests of police officers. … Additionally, police unions have established highly developed political machinery that exerts significant political and financial pressure on all three branches of government.

Because black lives matter, theologically orthodox Christians must better employ their creativity and tenacity in figuring out how to “Go into all the world and proclaim the gospel to the whole creation.” Because black lives matter, they—like people of all colors and no color—must hear the good news that in Christ “there is not Greek and Jew, circumcised and uncircumcised, barbarian, Scythian, slave, free; but Christ is all, and in all.”

[B]ecause secular man has rejected the one in whom we all live and move and have our being, all his attempts are of necessity a downward integration into the void. Their proud project of universal toleration consistently spirals downward into the acids of hatred and violence.

In America, because of our Christian heritage, this project is an attempt to reconcile the trappings of traditional Christianity with the central dogmas of cultural Marxism, and it represents the high water mark of duncical folly. It is an attempt to reconcile squares and circles, good and evil, light and darkness, folly and wisdom, God and the devil. The cosmic reconciliation purchased by Christ has nothing whatever to do with this sort of monstrosity. …

The reason the streets of Minneapolis are on fire is because secular man in his pretended wisdom has been trying to reconcile two completely different methods of reconciliation — the way of atonement through the blood of Christ together with his way of accusation, recrimination, reparations, and retribution. …

The short form of this atrocious compromise is this: Because the blood of Christ puts all ethnic enmities to death, we think we can just go straight to the group hug, declare all ethnic enmities a form of bigotry and a violation of America’s core values, and dispense with the blood of Christ. And then we wonder where all this hatred is coming from.