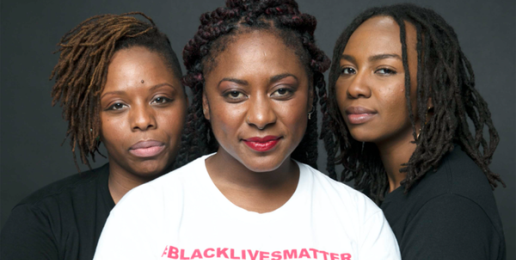 In my lifetime I have seen a number of organizations and movements pull at the heartstrings of the African American community. In 1995 it was the Million Man March calling on black men to atone for their failings. Today, it is the Black Lives Matter movement that draws our attention and concern. Who of African descent can disagree with the idea that black lives matter? My mother is black. My father is black. My brother and cousins are black. My wife and children are black. How could I not be interested in this movement? How could we not be concerned about the young black men dying at an alarming rate at the hands of police officers and gang violence?

A few months ago, I reluctantly accepted an invitation to speak on the topic of whether Christians should be involved with the Black Lives Matter movement. The topic was especially timely because of growing racial unrest over the murder of Laquan McDonald in Chicago (October 2014), the shooting death of Michael Brown (August 2014) and the gang assassination of Tyshawn Lee. It was also timely because in July 2015, our organization, Freedom’s Journal Institute, held a conference titled “In Defense of Life: Why All Lives Matter.”

The video of Laquan McDonald’s murder had just come to light, and demonstrations were happening in Chicago. These demonstrations were led by people I didn’t necessarily agree with and whose tactics I did not view as glorifying to God. Once I visited the Black Lives Matter (BLM) website, however, I was glad I had accepted the speaking engagement. The BLM website specifically identifies itself with the black liberation movement:

#BlackLivesMatter is a call to action and a response to the virulent anti-Black racism that permeates our society….It goes beyond the narrow nationalism that can be prevalent within Black communities, which merely call on Black people to love Black, live Black and buy Black, keeping straight cis Black men in the front of the movement while our sisters, queer and trans and disabled folk take up roles in the background or not at all.

The history, leadership, and troubling emphases of the BLM movement–including how it addresses homosexuality and gender confusion–must be exposed.

The differences between the Civil Rights Movement and the black liberation movement are significant. While the Civil Rights Movement was led by ministers, many of whom held a biblical worldview and infused their protests with prayer, the black liberation movement was associated with the Black Panthers, Angela Davis, and Marxist ideology.  Unfortunately, today’s civil right leaders have largely abandoned a biblical worldview.

The identity of the founders of BLM helps explain the radical underpinnings of the BLM movement. Three community organizer/activist women founded this organization after the death of Trayvon Martin. Two of the three, Alicia Garza and Patrisse Cullors, identify as “queer” black women. The third founder, Opal Tometi, executive director of Black Alliance for Just Immigration, explained in an interview with The Nation that “we are diligently uplifting black trans women and so the work on the ground in many places does reflect that.”

According to Truthout, Tometi, who is the child of parents who immigrated to the United States illegally, explains that BLM was “[n]ever simply a reaction to police violence against African Americans in the United States, Black Lives Matter was always conceived of as a strategic response to white supremacy.”

In an interview with Cosmopolitan Magazine, Ms. Cullors shared that she is inspired by Assata Shakur who was convicted of first-degree murder for the killing of a New Jersey state trooper and who escaped from federal prison and has been living freely in Cuba since 1984. Shakur was also a member of the former Black Panthers and Black Liberation Army.

Christians who take the Bible seriously must not affirm either homosexuality or gender-confusion. In Romans 1:18-32, Paul teaches  that God unequivocally condemns homosexual practice. Paul also made clear in 1 Corinthians that God can bring deliverance from sins—including homosexual practice:

Or do you not know that the unrighteous will not inherit the kingdom of God? Do not be deceived: neither the sexually immoral, nor idolaters, nor adulterers, nor men who practice homosexuality, 10 nor thieves, nor the greedy, nor drunkards, nor revilers, nor swindlers will inherit the kingdom of God.  11 And such were some of you. But you were washed, you were sanctified, you were justified in the name of the Lord Jesus Christ and by the Spirit of our God.

By affirming what God condemns, BLM stands in opposition to the transformative power of Jesus.

While BLM claims to seek justice for oppressed and victimized persons around the world, they fail to address the genocide of black babies through abortion or the deaths of young African American males from gang violence in their list of social injustices. Apparently, what matters most to BLM is ideology.

Reading the “Herstory” page on the BLM website illuminates the organization’s central concerns:

I was surprised to find that with the exception of the last one, I agree with these beliefs. I disagree, however, with the causes of the problems as well as the solutions. What is omitted from the concerns of BLM is the place that both liberal public policy and Planned Parenthood have had in “systematically and intentionally” targeting and destroying the black community. And because BLM gets the causes wrong, it gets the solutions wrong as well.

Whereas BLM sees white supremacy and institutional racism as the causes of the poverty and violence that afflict the black community, conservatives view the causes as bad governmental practices and policies. Most conservatives have long argued that liberal public policies have “systemically targeted” the black family. Blacks have been “deprived of their human rights and dignity” through government largess, which has perpetuated poverty and destroyed the black family. In other words, the “state” has committed violence against black people.

The very liberal social agenda embraced by “progressives” who pursue bigger, more intrusive government continues to harm the lives of blacks. For example, here in Illinois, the economy and public school system, shaped for decades by liberals and liberal policy, are among the worst in the nation. Whose lives are harmed most directly and significantly by our terrible economy and government schools? Black lives.

Worse still, Planned Parenthood (and the abortion lobby in general) has targeted the black community “for demise” since the days when its racist founder Margaret Sanger led the organization. Planned Parenthood continues to commit genocide against black babies.

According to BLM, “black liberation” can be achieved only by reversing the roles of master and slave. The tragic truth is that the policies sought by BLM only serve to keep the black community enslaved. The freedom BLM proposes is not freedom at all. It is slavery under a different master. It calls on black Christians who are already free in Christ to abandon their freedom for black solidarity, which for the Christian is a form of idolatry. The politics of BLM is the politics of racial grievance, a tool used to manipulate both blacks and whites alike.

Dr. Eric Wallace is the co-founder and president of Freedom’s Journal Institute, and has organized the Black Conservative Summit and a one day conference “In Defense of Life: Why All Lives Matter.”  Dr. Wallace and his wife Jennifer live in the south suburbs of Chicago.

Please consider helping to support IFI’s ongoing work to educate, motivate and activate Illinois’ Christian community.  To make a credit card donation over the phone, please call the IFI office at (708) 781-9328.  You can also send a gift to: