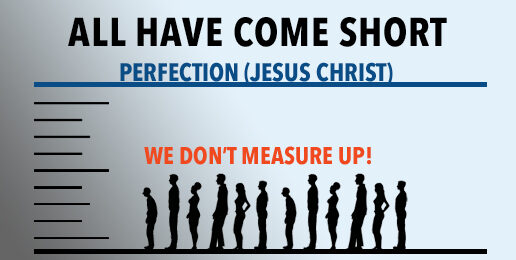 Have you ever noticed that kids can be aggravating?

As parents, we face plenty of provocations. At various times our children may be lazy, disrespectful, disobedient, annoying, over-active, mischievous, unkind to siblings, clumsy, careless, loud . . . the list of possible offenses could go on and on.

Any of these attitudes or actions—some of them sinful, some of them simply immature or childish—has the potential to ruffle our parental feathers.

My wife and I have five kids ages nine and younger. Believe me, provocations abound!

Now, if we didn’t have a sin nature of our own, this wouldn’t be a problem. If we were perfect, we would respond to each provocation with the ideal blend of discernment, grace, patience, kindness, firmness, correction, and instruction that the unique situation called for.

That would be great, wouldn’t it?

Unfortunately, that’s not always the way we respond.

Just this morning during my personal devotional time, I asked God for His help as a father as I do many mornings. I doubt I had been finished praying for fifteen minutes before I had to have a talk with our nine-year-old about finishing a job he was supposed to do, and no sooner had I finished that conversation than the seven-year-old (and maybe the five-year-old too) was aggravating the three-year-old.

I didn’t fly into a rage, but my attitude certainly wasn’t calm and patient like it should have been.

Sometimes as parents we might be tempted to defend our anger toward our children with the excuse that it “works.” When we get angry, our kids listen up and get moving.*

But the truth is, if we think that our anger “works,” it’s only because we’re measuring the right things. We’re using the wrong yardstick. I’m reminded of what the Bible says in James 1:20: “For the wrath of man worketh not the righteousness of God.”

We try to justify, but the bottom line is the same: our anger isn’t bringing about the righteousness of God. And again, if we feel like getting angry works, it’s only because we’re not viewing the situation as God views it. We’re measuring the wrong results. We’re evaluating from a fleshly perspective instead of a godly perspective.

Perhaps all of this is why Paul says in Ephesians 4:31, “Let all . . . wrath, and anger . . . be put away from you . . .” (emphasis added). And again in Colossians 3:8, “But now ye also put off all these; anger, wrath, malice, blasphemy, filthy communication out of your mouth.” Paul lumps anger and wrath right in with blasphemy and filthy communication as things we should “put off.”

Anger is serious business. If it weren’t, Paul wouldn’t encourage us to put it away and put it off. Anger toward our children might produce short-term results, but it won’t produce the righteousness of God.

I don’t want my parenting to be characterized by anger and impatience. Yes, there are many provocations, but by God’s grace, I want to respond to them with a calm spirit and right action rather than anger.

If my anger doesn’t produce the righteousness of God then it needs to go. After all, isn’t that righteousness what we want for our children and families?

*I’m indebted to Dr. S. M. Davis for his teachings about anger which have contributed greatly to my own thinking on the subject as reflected in this article.