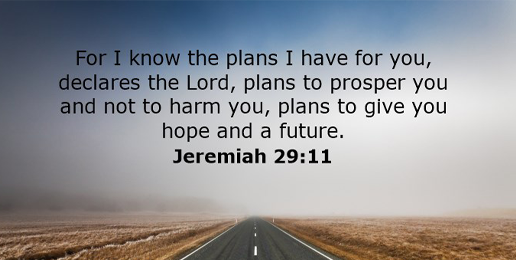 A recent report reveals that nearly 9 out of 10 young adults aged 16-29 in the United Kingdom say their life lacks purpose or meaning. The average across all ages is only slightly lower at 80 percent.

Digging further into the numbers, it’s easy to find some clues about why this might be the case.

According to a report about the survey on the website of the British newspaper The Sun, “When it comes to the bigger questions, such as the meaning of life, over half of Brits (51 percent) believe we were put on the earth to be as happy as we can be, while 37 percent say we should make people around us happy.”1

The Sun also reports that “according to the study of 1,500 Brits, conducted by Yakult UK, the biggest barrier to finding purpose and achieving greater happiness is a lack of finances (45 percent).”

While there’s certainly nothing wrong with being happy, and although it’s also true that a lack of financial resources can cause stress and hardship, it appears that our friends across the Atlantic are looking in the wrong places for purpose and meaning.

That’s not really surprising. Christianity has been on the decline in British culture for many years. When a society removes God from its worldview and daily life, consequences are sure to follow.

In the case of this recent survey, the results seem to suggest—again, unsurprisingly—that many of the respondents are adopting a materialistic, me-first approach to finding purpose, meaning, satisfaction, and happiness. And needless to say, that’s not the right approach.

The key to satisfaction and meaning, I would suggest, is found in following God’s two greatest commandments: loving Him wholly, and loving our neighbors. (Loving God properly, of course, includes exercising saving faith in His son, Jesus Christ.)

A secular worldview is unable to fulfill the first qualification. God is either denied, or at best doubted—certainly not loved, obeyed, and followed. And in denying or doubting God, secularists don’t know a real relationship with God through Christ.

What about the second qualification—loving our neighbor? Unbelievers are certainly capable of acts of service. But let’s drill down into that a little further.

A selfish person is an unhappy person. But without God—or, at the very least, a broadly Christian worldview that emphasizes service to others—we have very little reason to put the needs of others ahead of our own.

Christianity makes the best case for loving our neighbor. Other worldviews may stumble onto the idea that serving others leads to greater happiness compared to simply living for ourselves, but Christianity offers the best rationale for doing so: by living for the good of others we’re following the example of our Savior and making investments that will pay off in eternity.

People may discover the blessings of service as a matter of practical truth, but this is because God has constituted the world in such a way that truth is universal, and living according to truth will bring a degree of benefit even if we don’t have (or follow) all the truth. In other words, human life is more satisfying when we serve others because God made it that way—and that’s true regardless of your other beliefs or worldview.

The disintegration of a Biblical perspective in our modern culture, however, has removed the philosophical or moral groundwork for living a satisfying life. In its place stands the allure of sinful, selfish pleasures that will never ultimately satisfy—an allure that, frankly, can be powerful even when we have the right worldview and beliefs. How much more so when the basis for resisting these temptations is removed?

And yet, what else can a secular worldview offer? It provides no basis for satisfaction or happiness beyond the temporal. To the extent that some unbelievers discover the reality that serving others leads to greater happiness, they’re simply living according to borrowed truth (and, sadly, missing, overlooking, or rejecting the basis of the truth).

Of course, all of this leads to a challenge for those of us who are Christians. Are we following God’s formula for a meaningful life? Are we loving Him above all else? Are we loving others? These are questions I need to ask myself as well. It’s one thing to know the truth; it’s another to live it.

How are we doing?