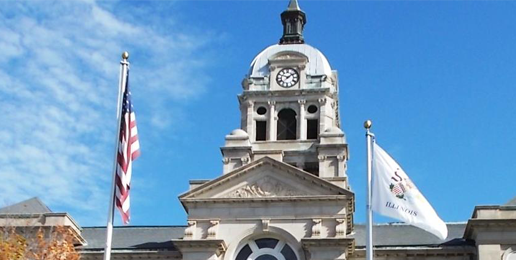 On Monday, August 12, the Public Safety Committee and the Conservation, Planning and Zoning Committee of the Woodford County Board will debate the future of marijuana sales in Woodford County. Both committees will discuss the possibility of passing a county ordinance that would prohibit marijuana dispensaries and marijuana businesses throughout Woodford County. Although the licensed growth, sale, possession and use of marijuana will be legal in Illinois effective January 1, 2020, the legislation signed into law by Governor JB Pritzker allows villages, cities and counties to opt out of marijuana retail sales. This gives communities the opportunity to say “no” to the retail presence of a federally classified Schedule 1 Drug, which is a dangerous intoxicant that the DEA deems has “a high potential for abuse.”

Far from being an innocuous drug that the marijuana lobby portrays as safe and medicinal, marijuana has serious health risks that should alarm any parent and community.

According to a 2018 paper published in the American Journal of Psychiatry, people who used cannabis in 2001 were almost three times as likely to use opiates three years later. Another study, released in Australia, cited that patients with chronic pain who used cannabis experienced even greater pain over time, dispelling the myth that pot relieves pain better than other available medicines.

To understand the effects that marijuana legalization will ultimately have in Illinois, we need look no further than Colorado to see a cautionary tale of the unintended consequences of marijuana legalization. In the few years since marijuana was legalized in Colorado, the number of drivers involved in fatal crashes who tested positive for marijuana has doubled. There have been increased rates in marijuana-related emergency room visits, increased traffic deaths, and higher rates of violent crime. Devastatingly, more than a fourth of Colorado’s middle and high school students use pot more than once daily.

Knowing what we know about the tragic and often irreversible effects of marijuana, we cannot in good conscience permit a retailer to peddle a drug that robs so many youth of their future and compromises the safety of our citizenry. Instead of making Woodford County a haven for those seeking to purchase drugs, let’s make it a refuge for families seeking to shield their loved ones from this drug’s destructive path.

Monday’s committee meetings might lead to a vote that will shape the future of this debate.

Take ACTION: If possible, please attend these meetings and raise your voice in opposition to the sale of marijuana in Woodford County. The meeting details are as follows:

More ACTION: Click HERE to send an email to all 15 Woodford County Board members asking them to protect the families of the county by passing a ban on the retail sales of marijuana.