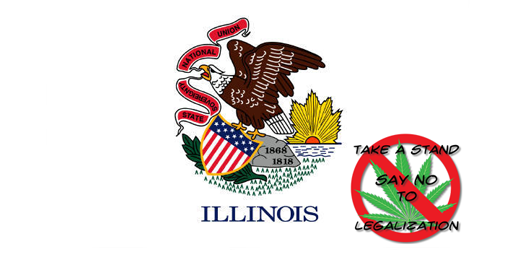 Only two witnesses were allowed to testify at the joint hearing on marijuana on April 19th.  Neither were from our side.

One was from the National Conference of State Legislators. The other was Barbara Brohl, the czar of Colorado’s marijuana program and the executive director of Colorado’s Department of Revenue.

Brohl told the panel the Colorado recreational marijuana program brought in nearly $200 million in new taxes last year on sales of over $1 Billion. Remember, this is less than 1 percent of their total budget. Ironically, this money funds drug abuse treatment and prevention programs and a portion goes to fund schools.

Illinois State Senator Heather Steans and State Representative Kelly Cassidy are the sponsors of SB 316 and HB 2353. These bills legalize up to 28 grams of marijuana (about 60 joints) and allows facilities to sell it. Steans sees legalization as a revenue generator. “Every bit of new revenue will help to close the governor’s $5 Billion budget gap.”

Unfortunately, she and other proponents fail to see that the social costs will far outweigh any revenue gains. One group that’s now thriving in Colorado is the Black Market, now known as the “Gray Market.”

What is the Governor’s position?

“I think recreational marijuana is a very, very difficult subject,” Rauner said during an appearance in Rock Island earlier this month, saying Illinois should look at the impact that legalizing marijuana has had on the states that have already decriminalized the drug.

“I am not in support of Illinois going there until we study the ramifications of what’s happening in other states,” Rauner said, according to WQAD-TV. Read more

Take ACTION: Click HERE to ask your state senator and state representative to oppose any and all attempts to legalize the recreational use of marijuana in the state of Illinois. The drug is addictive and significantly impairs bodily and mental functions, even impairing fine motor skills for 72 hours or longer after usage.

More drugged people in the workplace, on the roads and in schools is terrible public policy and unacceptable for a state already in crisis.

Kathy Valente
Kathy joined the IFI team as our Director of Operations in 2008. Previously, Kathy was the state director for Concerned Women for America for 4 years. But even before that, Kathy and Dave worked together as volunteer activists battling pornography and obscenity in the public square. Kathy has consistently taken a stand for traditional Judeo-Christian values and has worked tirelessly to foster a wholesome environment for family living, advocating for high community standards. Kathy recognizes that sexual immorality, pornography, obscenity, promiscuity, state sanctioned abortion and gambling threaten the moral fabric of our society. The well being of our communities, the...
Full bio and more from Kathy Valente