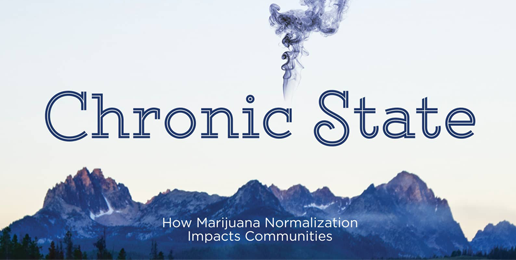 As you know, IFI is very concerned about the move by certain state lawmakers to legalize “recreational” marijuana in Illinois. In 2014, so-called “medical” marijuana became legal in the Land of Lincoln. Over the past four years, state lawmakers and bureaucrats at the Illinois Department of Public Health (IDPH) have dramatically expanded the qualifying medical conditions. Today, anyone determined to use pot can easily apply for and receive a medical cannabis registry identification card.

According to IDPH’s July Update, there are currently over 39,800 qualified users in the state’s “medical” marijuana registry and there are 55 authorized dispensaries statewide.

In July 2016, Illinois state lawmakers passed legislation to decriminalize the possession of small amounts of marijuana (under 10 grams) to a $100–200 fine. In addition, records are expunged twice a year.

But these actions are evidently not enough for some lawmakers and for pro-marijuana activists like George Soros. It seems that to satisfy these enthusiasts, the floodgates must fly open and the right to pursue addiction, vice and intoxication must be made readily available for anyone over the age of twenty-one. (Yet in Colorado, the evidence suggests that teen use has grown dramatically.)

Proponents will argue that there is big money to be made from taxing “recreational” marijuana. What they won’t tell you is that the tiny tax revenue stream from marijuana sales is dwarfed by the enormous social service costs incurred due to addictions, unemployment, mental illness and homelessness, as well as the increase in highway accidents, emergency room visits, and additional burdens on law enforcement. Then there are the costs to regulate this problematic industry.

There is a tremendous amount of misinformation about today’s high potency marijuana. We cannot emphasis enough how important it is to become fully informed about the consequences of this insidious agenda to legalize pot in our state. While the video below was created by DrugFree Idaho, Inc., the information and revelations therein are germane to any state considering “recreational” use laws.

Please watch this video to learn what the media won’t tell you, and the proponents don’t want you to know:

It is also important to note that the Fifth Edition of the Diagnostic and Statistical Manual of Mental Disorders (DSM-5) includes the psychiatric illness now known as Cannabis Use Disorder. Symptoms include:

Make no mistake, this reckless public policy will create significant problems for families, businesses, and communities throughout Illinois.  Marijuana use leads to greater cognitive deficits, lower IQs, loss of fine motor skills, immune system suppression, apathy, drowsiness, lack of motivation, sensory distortion, mental illness and anxiety.  Absenteeism and dropping out of school are common behaviors in marijuana users who start at a young age and continue to use regularly. Legalizing “recreational” marijuana will certainly encourage its use and complications.

Socialist George Soros and his drug legalization allies in the Illinois General Assembly are pushing an agenda that would result in more Americans being doped up, dumbed-down, distracted, disabled and dependent on marijuana and big government. If we truly care about our neighbor’s well-being, if we truly care about the next generation, we cannot afford to remain silent on this issue.

There is a tremendous amount of misinformation about today’s high potency marijuana. Overdose rates have increased in states that have legalized such as Colorado, which legalized ‘recreational” marijuana in 2014.  As a result of legalization, they’ve also seen significant increases in youth pot use, homelessness, and workers failing drug tests. That and the alarming number of hospitalizations and even deaths, plus car accident fatalities are on the rise from those driving under the influence of marijuana should give us pause about this policy. But what should cause parents to flood lawmaker’s offices with urgent pleas to oppose legalization is this destructive consequence of marijuana use.