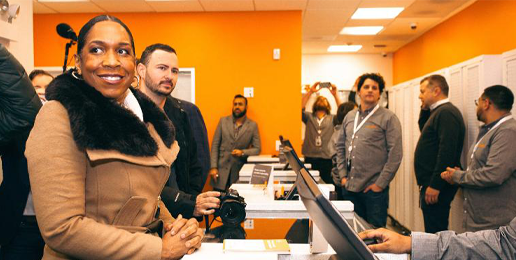 What was Illinois Lieutenant Governor Juliana Stratton thinking when she purchased recreational marijuana in Chicago on the first day of its legal sales in Illinois? Does she not understand that as a public official she is setting a reckless and foolish example, especially for children and teens?

Illinois policy makers continue to send a dangerous message to our young people. First, they called marijuana “medicine.” Now, they call it “recreational.” Do you know of any other drug that’s used for both medicine and recreation? The hoax has worked.

Gone are the days of “this is your brain on drugs.” Instead, public officials like Stratton are celebrating drug use by welcoming the marijuana industry to communities throughout the state. Their feckless example will mislead citizens, old and young, into a diminished understanding of the dangers of drug use until it affects them personally. As the perception of risk plummets, drug use (and addictions) will climb.

Not only have lawmakers failed to do their due diligence before passing this marijuana law, but they also failed to heed the compelling research that indicates how regular use of marijuana affects young people, including an increased risk of psychiatric illnesses and a permanent loss of IQ points.

Parents, grandparents, teachers, and religious leaders would do well to counter Stratton’s irresponsible example by returning to the sensible message, “just say no to drugs.”

There has been much talk about the so-called “equity” part of the Illinois Recreational Law. The legislative sponsors and their allies in the media are celebrating how this new law will supposedly help create a “clean slate” by righting the wrongs of the so-called “war on drugs,” which they believe disproportionately impacted those who chose to use or deal drugs.  When Governor J.B. Pritzker signed the bill into law, he proclaimed it to be the most “equity-centric in the nation.”

The social equity portion of this new law is so important to Illinois regressives that on New Year’s eve, Gov. Pritzker granted more than 11,000 pardons, clearing marijuana misdemeanor offenses from people’s records. This is only the first wave of such expungements, as it is estimated that 116,000 convictions involving 30 grams or less of marijuana are to be erased.

Is this a good thing? As Christians, we believe in second chances and redemption. Proponents rightly point out that erasing drug-based criminal records will make it easier for thousands of Illinoisans to get jobs, housing, guns* and loans. Regressives want us to believe that they are helping victims of an unjust system that unfairly targeted users. But is that really the truth?

Back in May 2016, retired longtime Cook County State’s Attorney Ed Ronkowski wrote an exclusive for IFI pointing out that “first time cannabis users don’t go to jail or prison.” He goes on to explain that that even the third and fourth time offenders don’t go to jail or prison. It is “only after the fifth arrest will judges start giving out jail or prison because probation did not work.“ Mr. Ronkowski points out that (in 2014), only 1.4 percent  of Illinois’ prison population was a result of a marijuana violation.

Progressives and the media are not telling you that the vast majority of expungements are being given to repeat offenders. Furthermore, according to Mr. Ronkowski, many of that 1.4 percent are serving time with a marijuana conviction on their record because they plea-bargained down from a more serious offense.

And there’s more to this destructive law. Lawmakers have made sure that those who have been in the illegitimate drug selling business be offered low interest loans to open their own “legitimate” drug-selling businesses.

What else are they not telling you? State Representative Kelly Cassidy (D-Chicago) and State Senator Heather Steans (D-Chicago) want us to believe that Illinois’ new marijuana law is cutting edge, a model for the nation. They promised their colleagues in the General Assembly that they would institute a responsible cap on THC levels that are available for purchase. But even after “legal” marijuana sales have begun, no cap has been instituted by any of our state agencies. This is as foolish as it is dangerous. High concentrate marijuana products are highly addictive and are linked to higher rates of psychosis.  (Read more HERE.)

Take ACTION: Click HERE to contact your state lawmakers to demand that they either repeal this marijuana law or cap the THC level on marijuana products to 15 percent or less. In parts of Europe, marijuana with 15 percent or higher THC levels are considered hard drugs such as heroine and cocaine, due to its highly addictive nature. This is a minimum safegaurd for this foolish law.

*The federal government still classifies marijuana as an illegal Schedule 1 Drug. The Drug Enforcement Administration (DEA) says it is a dangerous intoxicant that has “a high potential for abuse.” Regardless of Illinois’ new recreational marijuana law, federal law still prohibits the sale, possession, purchase, and use of marijuana plants and products. According to USACarry.com:

Federal law, supported by administrative orders and court rulings, prohibits marijuana users from owning, possessing, or buying firearms. It also prohibits anyone from selling or giving firearms to a person they know or suspect to be a drug user or even the owner of a medical marijuana card.

The federal Bureau of Alcohol, Tobacco and Firearms (ATF) warns would be gun owners “the use or possession of marijuana remains unlawful under federal law regardless of whether it has been legalized or decriminalized for medicinal or recreational purposes in the state where you reside.”