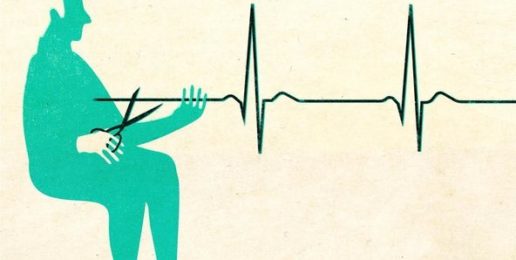 Why Is a Young Generation Opting for Death Via Suicide?”
Written By Tamara Cochran Louris   |   03.29.18
PRINT

Life is so precious, and the right to life recognized as a “natural” or God-given right, so much so that it was codified in our Declaration of Independence.

Note that the “right to life” is given preeminence: without life no other right is necessary. And “unalienable” further emphasizes the untouchable nature of that right: mankind was gifted life by its Creator — the Lord God Almighty — and no man or government can take that right away except in the case of a proven capital crime.

Indeed, within each man and woman is the longing to live as well and as long as possible on this earth, in spite of hardship or physical pain. Even terminal patients, given adequate pain-relieving drugs, don’t wish to hasten death, but to live every moment to the fullest.

Joni Eareckson Tada, paralyzed and a quadriplegic since a diving accident in 1967, speaks to the issue of disability versus death following the release of the awful movie, Me Before You:

In light of the fact that California’s new physician-assisted suicide law goes into effect tomorrow (Thursday, June 9), following closely on the heels of the newly-released film, Me Before You, I wanted to sound an alarm about this egregious legislation and the glamorization of it.

In the movie, the quadriplegic says to his loved one, “I don’t want you to miss all the things someone else can give you.” Instead, he took away everything she wanted from him – his love and the essence of who he was – when he decided to end his life. Not only does this movie glamorize assisted suicide; it conveys the distinct impression that marriage to someone with quadriplegia is too hard, too demanding and sorely lacks the joys of typical marriage.

Regardless of whether or not in the context of a marriage, the taking of one’s own life or enabling a loved one with a disability to do so is never the answer. All life is created in the image of God and worth our greatest efforts to preserve and protect, and He alone is the one who should order the length of our days.

Some will assert that pain is an adequate reason for euthanasia, and yet, pain specialists state that properly administered drugs can provide at least good relief in 97% of all cases.

The final reason people may consider suicide is depression. And yet, depression can be alleviated via properly prescribed medicines and/or sound counseling. Thus suicide is a permanent “solution” to a temporary situation or mindset.

Scripture admonishes us to choose life:

I call heaven and earth as witnesses today against you, that I have set before you life and death, blessing and cursing; therefore choose life, that both you and your descendants may live. (Deuteronomy 30:19)

So, with all the advances in pain meds and availability of rock solid counseling, why is the teen suicide rate soaring?

The suicide rate for white children and teens between 10 and 17 was up 70% between 2006 and 2016, the latest data analysis available from the Centers for Disease Control and Prevention. Although black children and teens kill themselves less often than white youth do, the rate of increase was higher — 77%.

A study of pediatric hospitals released last May found admissions of patients ages 5 to 17 for suicidal thoughts and actions more than doubled from 2008 to 2015. The group at highest risk for suicide are white males between 14 and 21.

Experts and teens cite myriad reasons, including spotty mental health screening, poor access to mental health services and resistance among young men and people of color to admit they have a problem and seek care.

In other words, the experts have no idea.

And yet, for decades the “experts” have been telling students in government schools that they are the by-product of mere chance.

But the first thing you need to know, boys and girls, above all else is that YOU are an ACCIDENT!

You have absolutely no reason for being here! There is no meaning, no purpose to your life!

You are nothing but a meaningless conglomeration of molecules that came together purely by chance billions and billions of years ago.

All the dust and the gas in the galaxy floated around for who knows how long and they bumped into each other and said, “I know! Let’s be organic! So they became organic. And they became little gooey, slimy things, you know, swimming around in the primordial soup.

And they finally grew little feet and they crawled up on the land and they grew fur and feathers and became higher forms of life. And they finally became a monkey and the monkey developed into an ape, and then the ape decided to shave. So he shaved and became what you are today.

From goo to you by way of the zoo!

Add to that thoroughly gloomy “naturalist” teaching the Pew chronicled “Nones on the Rise” and you have a recipe for mental and spiritual utter despondency.

The number of Americans who do not identify with any religion continues to grow at a rapid pace. One-fifth of the U.S. public – and a third of adults under 30 – are religiously unaffiliated today, the highest percentages ever in Pew Research Center polling.

In the last five years alone, the unaffiliated have increased from just over 15% to just under 20% of all U.S. adults. Their ranks now include more than 13 million self-described atheists and agnostics (nearly 6% of the U.S. public), as well as nearly 33 million people who say they have no particular religious affiliation (14%).

The growth in the number of religiously unaffiliated Americans – sometimes called the rise of the “nones” – is largely driven by generational replacement, the gradual supplanting of older generations by newer ones.

You may have heard Mainstream Media touting that “religion is dying.” But that’s not the story at all. Rather, affiliation in mainline Protestant and Catholic denominations is dying.

So we have several generations of youth taught from the earliest grades that they are nothing more than the result of a cosmic accident in school and receiving zero countermanding instruction in the home or in church.

That is a recipe for depression.

Add to that the disdain for life itself demonstrated by Planned Parenthood and every pro-abort in America, the implication being you’re an accident of nature, and if you in any way inconvenience your parents (who are also, by the way, just accidents of nature), then they will happily kill you before you’re born in the most painful way imaginable. And they may even allow Planned Parenthood to sell your poor little, mangled body parts for research to save other lives.

That, by the way, is a total enigma: why bother to do research to save lives of people who are an accident of nature and somehow, by random chance, managed to escape the abortionist’s butchery and were actually born!

The real question should not be “Why the high teen suicide rate?” but rather, “Why aren’t more teens taking their lives given an education and society that tells them they are an accident, that life means nothing, and that there is no hope after this life on earth!”

I praise you because I am fearfully and wonderfully made; your works are wonderful, I know that full well. (Psalm 139:14)

Which brings us back full circle to our Declaration of Independence, written by the Founders who believed and were informed by the Bible. Those Founders knew what King David knew — that the Creator of the universe designed and breathed life into each person, that life is worth living because of the hope we have in God.

Again we look to the uplifting words of David:

Why, my soul, are you downcast?
Why so disturbed within me?
Put your hope in God,
for I will yet praise him,
my Savior and my God. (Psalm 42:11)

That is the hope we must share with the youth, and other generations of America. That is the remedy for the epidemic of suicide and depression.