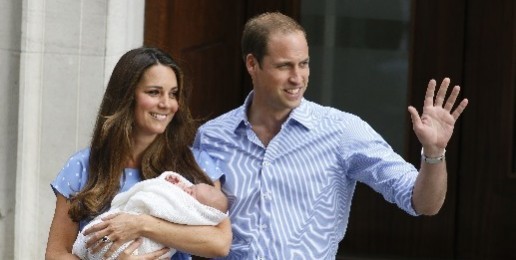 Moral equivalence is an article of faith for activists of the secular left, with their insistence that a baby is no better than an abortion, or that traditional marriage is no more consequential than a same sex union.

Fortunately, the worldwide euphoria over Britain’s “Royal Baby” powerfully undermines such claims. Would anyone think to celebrate a “royal abortion”? Or would any same sex union of future royals produce the same powerful emotions as the wedding of Will and Kate? The royal family’s life cycle events touch us deeply because they seem timeless and natural, connecting the present to both past and future.

All people would love to share some of the blessings of her Majesty, the Queen – living to see a great-grandson that’s her own flesh and blood, ready to carry on family traditions.