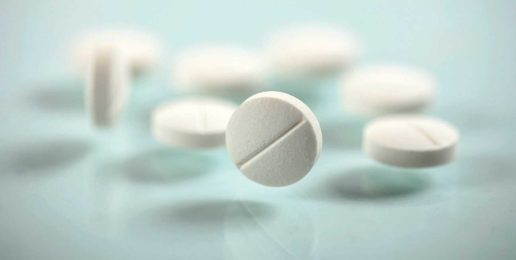 What You Need to Know About Medical Abortion and Abortion Reversal
Written By Nancy Valko   |   04.06.18
PRINT

[Last] month Governor Butch Otter signed a law making Idaho the fifth state to mandate that women getting a medical (drug-induced) abortion be told that the abortion may possibly be stopped after the first dose if the woman changes her mind about having the abortion. This abortion reversal process  involves taking the hormone progesterone to counteract the first abortion drug mifepristone and before taking the second drug misoprostol 36-72 hours later that causes expulsion of the unborn baby. There is now a website at www.abortionpillreversal.com for information on abortion reversal that includes a hotline phone number at 1-877-558-0333.

The first abortion reversal  was performed by Dr. Matthew Harrison in 2007 and by 2015, he claimed that more than 213 babies had been saved. Although not always successful, abortion reversal has resulted in hundreds more babies alive today. Last December, the California Board of Registered Nursing finally notified Heartbeat International that it can now grant continuing education units (CEUs) to nurses who study the life-saving process known as Abortion Pill Reversal.

Planned Parenthood and other abortion groups are not pleased.

As I wrote in my February 16, 2017 blog “Are Mail Order Abortions Coming?” , medical abortions rates now rival surgical abortion rates while abortion clinics are closing at a record pace because of factors like “economic difficulties”, “a generally hostile atmosphere and declining demand”. Thus, the medical abortion procedure has become more appealing to groups like Planned Parenthood and now there are even efforts to provide more medical abortions by telemedicine even though a 2014 study found more complications with medical abortions than surgical ones.

THE PROMOTION AND CHANGING CRITERIA FOR MEDICAL ABORTION

In a disturbing March 27, 2018 Medscape article “Medical Abortion in Very Early Pregnancy” (password protected),  Peter Kovacs, MD, PhD touts a study that allegedly shows medical abortion is now safe even “as soon as early pregnancy is diagnosed” and even before an ultrasound can show if the unborn baby is developing outside the womb. This abnormality is called an ectopic pregnancy and, if not detected early, can result in life-threatening complications and surgery.  Ectopic pregnancy occurs in 1-2% of  all pregnancies.

But as even Dr. Kovacs admits:

“Under well-controlled conditions using sedation and appropriate pain control, surgical termination of pregnancy is associated with minimal bleeding or pain. However, it can be associated with surgical complications (trauma, heavier bleeding, infection), which can lead to further interventions.

Medical abortion can be more painful because the products of conception have to be expelled from the uterus, and it is accompanied by prolonged bleeding. Still, medical abortion obviates surgical complications and is significantly cheaper.” (Emphasis added)

Planned Parenthood tells women that having a medical abortion (at home, of course) is just “kind of like having a really heavy, crampy period” with large clots and that “(a)ny chills, fevers, or nausea you have should go away pretty quickly”.

“People can have a range of emotions after having an abortion. Most people feel relief, but sometimes people feel sad or regretful. This is totally normal. If your mood keeps you from doing the things you usually do each day, call your doctor or nurse for help” along with numbers to call for “free, confidential, and non-judgmental emotional support after an abortion.” (Emphasis added)

But two things Planned Parenthood does not tell women about is medical abortion reversal and the availability of real assistance with a problematic pregnancy including crisis pregnancy centers that now outnumber abortion clinics in the US.

Women need-and have a right-to know about both these alternatives.  It’s up to all of us to make sure as many women as possible know this.