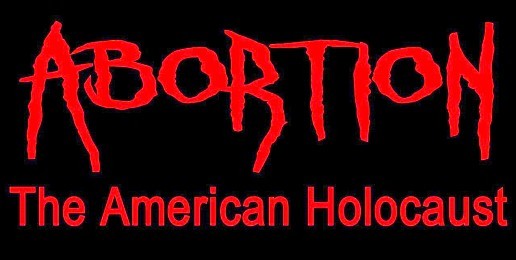 Nazi monster Dr. Josef Mengele is known to have ordered the murder of over 400,000 Jews at Auschwitz from 1943 to 1945. Thousands more he kept alive and mercilessly tortured to death during experiments intended to create an Aryan super-race.

Much of Mengele’s “medical research” was conducted on children and newborns – especially twins. One witness described what happened after Mengele once delivered a Jewish “fetus”: “But when he saw that there was only one baby and not twins, he tore the baby right out of the mother’s uterus, threw it into an oven and walked away,” she said. “We saw this.”

Cryin’ shame. Were he alive today and working for Planned Parenthood, Mengele’s abortion could have easily yielded an extra $300 for this “intact specimen.” Sell baby’s body parts separately, and the profit margin goes up. That’s good money toward a Lamborghini.

In 1990 attorney and author Mike Godwin coined the concept that has come to be known as “Godwin’s Law.” It holds that, “As a Usenet discussion grows longer, the probability of a comparison involving Nazis or Hitler approaches one.” The first person to compare another to a Nazi or Hitler, as it goes, loses the argument.

But what of that rare occasion when the Nazi comparison is 100 percent accurate and the best available analogy for a given set of circumstances? In that instance, Godwin’s Law must properly be suspended.

That instance is now.

Indeed, there is nowhere else for Planned Parenthood and its “pro-choice” supporters to hide. No more “clump of cells” euphemisms, no more denials about Planned Parenthood’s human-chop-shop-for-profit schemes, and no more nonsense about “reproductive freedom” and “women’s rights” in the context of the wholesale slaughter of babies.

The jig’s up, you cold, calculating, modern-day Mengeles. The amazing investigative journalism of The Center for Medical Progress (CMP) has exposed smoking-gun proof that you intentionally and illegally profit, in the millions, by “crushing,” dismembering alive and otherwise torturing to death our most innocent fellow human beings, and then selling their body parts for Mengelesque “medical research.”

These are babies, and you know it. You’ve always know it. Even so, and with a conscience seared black by the father of lies himself, you simply don’t care.

Neither did the Nazis.

“When the actors request intact fetal specimens,” continues CMP, “Ginde reveals that in PPRM’s abortion practice, ‘Sometimes, if we get, if someone delivers before we get to see them for a procedure, then we are intact.’”

Yes, you read that right. This is a high-ranking Planned Parenthood official admitting that they “sometimes” deliver live babies, murder them and then sell their “intact” bodies for “medical research.”

“It’s a baby,” Ginde admits to the undercover investigators while pointing at various body parts on a tray.

“And another boy!” jokes her medical assistant.

This is a holocaust no less real, no less evil than that perpetrated by the Nazi regime. We’ve simply moved from the gas chambers to the abortion chamber – from Auschwitz to Planned Parenthood.

Whereas the Nazis were responsible for the wholesale murder of more than 6 million Jews, those today who support the practice of abortion homicide are no less complicit in the systematic slaughter of 55-million-and-counting equally precious human beings post Roe v. Wade. The parallels are undeniable and the science unequivocal. Murder is murder whatever stage of development the human victim.

Dietrich Bonhoeffer was a German pastor who famously faced the gallows for his efforts to end the Nazi holocaust and assassinate Adolf Hitler. He was likewise an outspoken abortion opponent and pro-life advocate.

“Destruction of the embryo in the mother’s womb is a violation of the right to live which God has bestowed upon this nascent life,” he once wrote.

“To raise the question whether we are here concerned already with a human being or not is merely to confuse the issue. The simple fact is that God certainly intended to create a human being and that this nascent human being has been deliberately deprived of his life. And that is nothing but murder,” he concluded.

Indeed, Psalm 139:13 says, “For you created my inmost being; you knit me together in my mother’s womb.”

If pro-life advocates like those at CMP are modern-day Dietrich Bonhoeffers, and they are, then what does that make abortion supporters and providers? In the years leading up to and during World War II, many Germans who were otherwise generally good people succumbed to Nazi propaganda and acquiesced to the horrific Jewish persecution that escalated from a slow boil to a red-hot torrent around them. In effect, they bought into exactly the same kind of dehumanizing, euphemistic, semantical garbage embraced by those who today call themselves “pro-choice.”

In the heart of Washington D.C. sits the United States Memorial Holocaust Museum. Someday, Lord willing, there will be an Abortion Holocaust Museum nearby, and on that day people will walk through it and experience the same sense of shame, sadness and disgust felt by those who today visit the Nazi Holocaust Museum.

There remains good and evil in the world.

They are one and the same.

If you consider yourself “pro-choice,” you are woefully deceived. As did many of the German people before you, you support mass murder. You embrace a culture of death. History will not treat you well. Repent now and join the culture of life.

If you are an individual supporter or corporate sponsor of Planned Parenthood, then shame on you. Stop! You are helping to finance this holocaust. The blood of millions of innocents is on your head.

If you are an elected official, no more excuses. Immediately withholding all taxpayer funding to Planned Parenthood is a no-brainer, but it’s only the beginning. These crimes against humanity must cease, and Planned Parenthood officials must be thoroughly investigated and, where supported by the weight of the evidence, prosecuted to the fullest extent of the law.

This is your Nuremberg, Planned Parenthood.