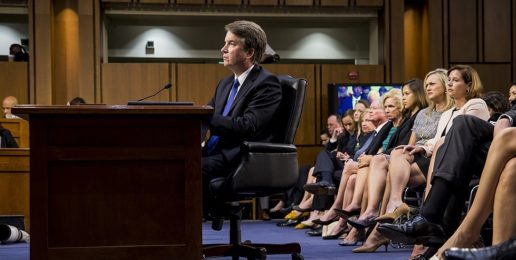 In the first few days of his confirmation hearings,Judge Brett Kavanaugh has already been doggedly questioned on his views on abortion, specifically whether he will overturn Roe v. Wade. The attention on his views is warranted. If Judge Kavanaugh is confirmed to the U.S. Supreme Court, the 5-4 conservative majority will have the ability to overturn the court-protected “right” to abortion.

But contrary to conventional wisdom, Roe v. Wade is no longer the main constitutional guardian for abortion access. While Roe established that the constitutional right to privacy extends to the choice of whether to abort a baby, most of Roe’s jurisprudence has been replaced by another U.S. Supreme Court case, Planned Parenthood v. Casey. It is Casey, not Roe that governs most of abortion jurisprudence today.

When Roe was first heard by the U.S. Supreme Court in 1973, few on either side of the abortion debate thought the case would produce a far-reaching decision on the issue. The case was initially taken up by the Court to decide a technical civil procedure issue. As a result, the Court did not have a factual record of the medical, social, and legal effects of abortion restrictions (Roe’s questionable background is excellently documented in Clarke Forsythe’s book Abuse of Discretion). This left Justice Harry Blackman without much guidance and the freedom to be creative.

The result was ugly and not just due to Roe’s tragic consequences for millions of unborn children. Justice Blackman’s unwieldy legal reasoning made legal scholars of all viewpoints blush for its broad scope and legislative-like assertions. The Court found that the U.S. Constitution’s implied right to privacy (based on the famous birth control case of Griswold v. Connecticut) extends to a woman’s decision to choose abortion, though the state had legitimate state interests in protecting the mother’s health and “potential life” of the child.

To balance these interests, Justice Blackman created a statute-like three-trimester system outlining what aspects of the abortion procedure the state can regulate at each of the three stages. In the first trimester, the decision whether to abort the child was left completely to the mother. In the second trimester, the only regulation on the procedure had to be necessary to protect the mother’s health. It was only after the point of fetal viability—which Justice Blackman also chose without any substantive legal basis—that the state could prohibit abortion altogether. The decision was disjointed, ill-informed, and without a grounded basis in constitutional law, making it vulnerable to being overruled.

In 1992, Roe was put on trial in the case Planned Parenthood v. Casey. But instead of overruling Roe, the Court decided to keep the outcome yet overhaul its legal structure. Gone was Roe’s clunky trimester system. In its place, Justice Sandra Day O’Connor implemented a more judicially scrupulous standard, known as the “undue burden test.” Now when reviewing a law restricting access to abortion, a court must ask whether the law has the purpose or effect of placing an undue burden on the woman deciding whether to seek an abortion. For example, in Whole Woman’s Health v. Hellerstedt, the U.S. Supreme Court struck down a 2015 Texas law that placed new health and safety standards on abortion clinics that would have caused 21 of the 40 clinics in the state to close due to their inability to comply with it. The Court found that the health and safety concerns of mothers were not valid enough concerns compared to the decreased access to abortion. Therefore, the law was unconstitutional under Casey because it placed an undue burden on access to abortion.

With Casey, the path to overrule Roe becomes more difficult for several reasons. First, Casey’s undue burden standard is widely considered to be a more judicially acceptable constitutional standard than Roe’s unusual trimester system. Before Casey, if the U.S. Supreme Court wanted to overrule to right to abortion access, they could have said that Roe was simply a poorly conceived decision and should be overruled in its entirety. However, under the undue burden test, the Court loses that justification.

Second, courts have a general rule of respecting prior decisions in a doctrine known as stare decisis. The more case law that backs a certain position, the less likely the Court is to be willing to overturn that precedent. Having two major U.S. Supreme Court decisions supporting a precedent will make a future court wary to change it.

This is not to say all hope for protecting the lives of the unborn is lost. It is unlikely, however, that the Court will overrule the right to abortion in one bold stroke in a single case. More realistically, the Court’s conservative majority will slowly chip away at past precedent by upholding pro-life laws. Ironically, the conservative majority could do this by using the flexibility of Casey’s undue burden standard. What comprises an undue burden on abortion access can mean essentially anything the Court wants it to mean. The Court could say that few or even no government restrictions on abortion would constitute an undue burden on abortion access. For example, a health and safety law that closes abortion clinics like that in Hellerstedt does not place an undue burden on abortion access, because it merely insures the safety of the mother, and any clinic closures are simply an incidental effect. Roe would not be explicitly overturned but effectively undermined.

Some argue that the undue burden standard is already weaker than what it was in Casey. In the 2007 case Carhartt v. Gonzalez, the U.S. Supreme Court upheld a congressional ban on partial-birth abortion, a procedure that kills the child once he or she is partially outside the body of the mother. The Court ruled that simply banning a certain form of abortion does not place an undue burden on abortion access.

With Judge Kavanaugh on the U.S. Supreme Court bench, the pro-life movement has reason for hope that legal protections for the unborn will not be struck down. With, however, all the attention focusing on whether Judge Kavanaugh will strike down Roe, a more poignant question is how stringently he will apply the undue burden standard of Casey.