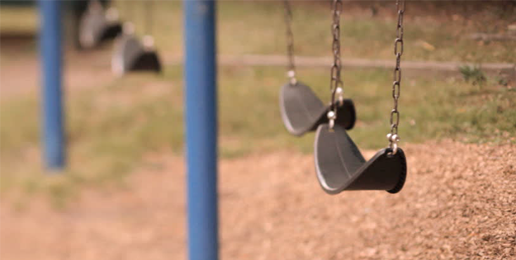 Back in college, I participated in one of those summer-long, Koch-funded libertarian internship programs. During the final week of the program, clusters of us interns, fresh off working in the “real world” for two total months, were tasked with arguing an esoteric philosophical point of our choosing.

One group of impish participants decided to argue against having children.  The argument was fiendishly simple: the very act of existing invites pain, so it’s morally questionable to bring young ones into a world guaranteed to harm them.  With toothy grins, wrinkled slacks, and tousled hair, these students made their nihilistic argument, finely exercising their ability to, as F. Scott Fitzgerald said, “hold two opposed ideas in the mind at the same time, and still retain the ability to function.”

At the time, the arguers didn’t believe their own position.  The no-harm logic, while sound on the surface, meant human extinction when taken to its logical conclusion.

A mélange of college students hopped up on Leonard Read essays and overpriced beer understood the implications of eschewing childbirth.  But what’s Democrats’ excuse?

It turns out my puckish colleagues may have been prophets for the most visible newcomer in America’s liberal party.  Alexandria Ocasio-Cortez, the socialist and de facto Democratic leader, questions the wisdom of having kids.  During an Instagram livestream, the 29-year-old congresswoman explains, in her termagant, ditzo manner, that Millennials like her don’t want to bring children into a world where China and India are pushing the global temperature a jot or tittle higher.

“There’s scientific consensus that the lives of children are going to be very difficult.  And it does lead young people to have a legitimate question: Is it OK to still have children?” she asked her legions of followers from her kitchen, wearing a beige turtleneck sweater to warm her body against one of the coldest winters in years.

Rep. Ocasio-Cortez posits the same ethical challenge my fellow interns did years ago: is it morally kosher to have children if they will, someday, possibly suffer harm?

If you apply Ocasio-Cortez’s thinking to any time in human history absent the short time period of post-World War II to the present, it doesn’t stand up.  Until the mid-twentieth century, many children had to contend with high infant mortality rates, slavery, sexual exploitation, hard labor, and a myriad of untreatable diseases like polio and hemophilia.  What we think of as the relatively harmless lifestyle fit for children today — mandatory schooling through 18 years of age, widespread immunizations, Sesame Street — is so new to human existence that some grandparents alive today never experienced it.

You wouldn’t be reading this column in the year 2019 had earlier generations become conditioned to Ocasio-Cortez’s paralyzing fear.  Yet the longue durée of human survival is increasingly forgotten by liberals who share a skeptical view of the future.  A duo of fretting Cassandras recently appeared on a BBC program touting something called “Birthstrike,” a movement to withhold the gift of life in service to apocalyptic prediction.

“The natural world is collapsing around us, and that’s actually happening right now.  And I’m so disappointed by the response by authorities to this crisis, and so freaked out by everything I’ve read that I’ve — I’ve basically last year I came to the decision that I couldn’t bring a child into that,” Blythe Pepino, founder of Birthstrike, explained to an audience currently experiencing a record-low birth rate.  Her partner in petrification, Alice Brown, concurs, ratcheting up the fear a notch: “We are destroying biodiversity so quickly that it threatens our food … the U.N. have said that can lead to the risk of our own extinction.”  Brown explains that her decision not to have children “has come from not wanting to pass that fear on to someone else.”

Petrifying everyone else with world-ending divinations is perfectly fine, apparently.

There’s a name for this swearing off procreation: anti-natalism.  The philosophy — if self-imposed genocide can be called a philosophy — is, at its core, a deadening of everything it means to be human.  It is both anti-life and misanthropic.  “Homo sapiens is the most destructive species, and vast amounts of this destruction are wreaked on other humans,” writes anti-natalist philosopher David Benatar.

How Benatar maintains the will to live with such a bleak view of himself isn’t addressed.  Like climate alarmists who pay thousands of dollars to travel around in carbon-emitting machines, Benatar doesn’t seem to take his own philosophy seriously.

The divide between anti-natalist liberals and conservatives is, as Russell Kirk said of all political problems, spiritual at heart.  Conservatives view life as intrinsically valuable — that all children are formed in the image of a loving God.  Even if a baby will one day grow to harm someone else, he is still not denied his inner worth.

Along with neoliberal types concerned that Africa’s high birth rate puts too much of a strain on economic resources, anti-natalists commit the dangerous fallacy of putting sublunary concerns above higher values.  The road to despotism is paved with such intentions.

Then again, maybe that was the point all along.

This article was originally published at AmericanThinker.com