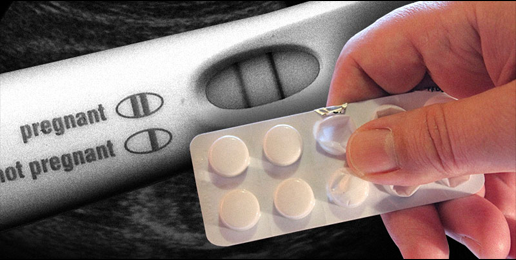 Ahead of last weekend’s Women’s March in Washington, D.C., marchers were offered a reminder of what to bring and what not to bring. On the “to bring” list was “Your feminist spirit, bring your defiance to injustice bring your demands for abortion justice.” The “don’t bring” list included weapons and illegal substances, as well as a note reminding abortion activists not to use “coat-hanger imagery” saying, “We do not want to accidentally reinforce the right wing talking points that self-managed abortions are dangerous, scary and harmful.”

Abortion is never safe. Over the years, whether or not the abortion industry is willing to acknowledge the danger of abortion has depended entirely on what is most convenient for them at any given time. Only a few years ago, abortion activists used coat-hangers as a symbol of their claim that banning abortion will lead to a dangerous, dystopian future full of “back alley” abortions and to insist that banning abortion will not end abortion, it will only make it less safe, even though the evidence shows that abortion bans really do save lives by decreasing abortion rates.

As states advance pro-life legislation and a challenge to Roe v. Wade heads to the Supreme Court, abortion activists are abandoning this talking point and instead celebrating and promoting DIY abortions committed at home using the abortion pill. When Texas’s Heartbeat Law went into effect, abortionists bragged about illegally performing abortions and distributed abortion pills through the mail. In other words, the abortion activists embraced and promoted what they had once decried — back alley and DIY abortions. The sudden reversal is a clear demonstration that the abortion lobby has never truly been concerned about the safety and well-being of women.

The reality is that there is no such thing as “safe” abortion. Abortion is a violent act that ends a human life and because women’s bodies are designed to protect and nurture life in the womb, killing a preborn baby always involves trauma to a woman’s body. Legal abortions result in injuries and complications including hemorrhaging, sepsis, uterine tears, and death. Even in a “normal” abortion, a woman experiences her child being ripped from her womb either with clamps or a suction catheter, has poison injected into her womb so that her baby is delivered stillborn, or has the hormone that her body naturally produces to support her child’s life blocked and premature contractions induced.

What the abortion industry offers to women in crisis is not compassion. Rather than offering true help, it preys on fear and leaves women wounded. Making abortion legal does not make it safe, and promoting DIY abortions is irresponsible and dangerous.