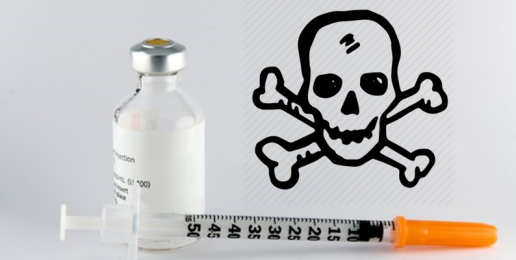 “In the absence of faith, we govern by tenderness.  And tenderness leads to the gas chamber,” said Flannery O’Connor. Her point was that sentimentality cannot restrain the darker forces in human nature. Which brings us to the Catholic bishops of eastern Canada.

They recently published a pastoral document indicating how, in their opinion, Catholics who commit suicide voluntarily, through doctor-assisted euthanasia (which is now legal there), should be treated by the Church. The full document is downloadable here. It is a masterpiece of Francis-speak. The document can be summed up like this: “Yes, euthanasia is strictly forbidden by the Catholic Church, but we know that some people are going to choose it anyway, so we intend to offer them all the sacraments to help them along the way, because who are we to judge?”

Here are some passages from the document. This is the opening paragraph:

In our Catholic tradition we often refer to the Church as our Mother. We perceive her as a mother who lovingly accompanies us throughout life, and who especially wishes to support and guide us when we are faced with difficult situations and decisions. It is from this perspective that we, the Bishops of the Atlantic Episcopal Assembly, wish to share with you this pastoral reflection on medical assistance in dying.

Come sit on Mama’s lap and let her tell you how she’s going to help you kill yourself. More:

Medical assistance in dying is a highly complex and intensely emotional issue which profoundly affects all of us. It makes us aware that some people have become convinced that, at a certain point, there is no longer any “value” in their lives, because their suffering has become unbearable or they cannot function as they once did or they feel a burden to their family and society. People with such a conviction or in such circumstances deserve our compassionate response and respect, for it is our belief that a person’s value arises from the inherent dignity we have as human beings and not from how well we function.

True enough — but watch those weasel words “highly complex and intensely emotional”. They are not meant to clarify but to obscure. More:

The example of Jesus shows us that pastoral care takes place in the midst of difficult situations, and that it involves listening closely to those who are suffering and accompanying them on the journey of their life situation.

Pope Francis also calls us to practice this “art of accompaniment”, removing our “sandals” before the sacred ground of the other (cf. Ex 3:5). The Holy Father writes that this accompaniment must be steady and reassuring, reflecting our closeness and our compassionate gaze which heals, liberates and encourages growth in the Christian life (Evangelii Gaudium – The Joy of the Gospel, no. 169). He says that to accompany requires prudence, understanding, patience and docility to the Spirit. He focuses on the need to practice the art of listening which requires the opening of one’s heart to a closeness which can lead to genuine spiritual encounter (Evangelii Gaudium – The Joy of the Gospel, no. 171). Pope Francis reminds us that the one who accompanies others must realize that each person’s situation before God and his/her life of grace are mysteries which no one can fully know from without. Consequently, we must not make judgements about people’s responsibility and culpability (Evangelii Gaudium – The Joy of the Gospel, no. 172).

See what they’re doing there? Invoking the compassion of Jesus and the counsel of humility and mercy of Pope Francis to lay the “who-am-I-to-judge” groundwork. But wait, doesn’t the Catholic Church teach that suicide is a grave moral wrong? The bishops knew you would say that:

Especially within the context of the Church’s teaching on suicide, this pastoral approach of accompaniment is extremely important in our contact with, and ministry to, those who are suffering intensely and who are considering asking for medical assistance in dying. The Catechism of the Catholic Church (CCC) teaches us that God is the sovereign Master of life. We are stewards, not owners, of the life God has entrusted to us. It is not ours to dispose of (CCC, no. 2280). The Catechism teaches that suicide contradicts the natural inclination of the human being to preserve and perpetuate one’s life (CCC, no. 2281). However, the Catechism also notes that “grave psychological disturbances, anguish, or grave fear of hardship, suffering, or torture can diminish the responsibility of the one committing suicide” (CCC, no. 2282). Such circumstances can sometimes lead persons to so grave a feeling of desperation and hopelessness that they can no longer see the value in continuing to live, this desperation and hopelessness diminishing their responsibility for their actions. Only attentive pastoral accompaniment can bring us to an understanding of the circumstances that could lead a person to consider medical assistance in dying.

This is diabolical. They’re saying, “Yes, we know, the church says it’s wrong, but in certain instances, it can be right, because circumstances may “diminish the responsibility of the one committing suicide.” What this teaching of the Church intends to do is to encourage hope for the soul of the suicide, that God may not hold him responsible for the great sin he has committed — a sin from which there can be no repentance. It does not justify euthanasia. But, having made a hole big enough to pilot a supertanker through, the Canadian bishops deliver the real goods:

The Sacrament of Penance is for the forgiveness of past sins, not the ones that have yet to be committed, and yet the Catechism reminds us that by ways known to God alone, God can provide the opportunity for salutary repentance (CCC, no. 2283). The Sacrament of the Anointing of the Sick is for strengthening and accompanying someone in a vulnerable and suffering state. It presupposes one’s desire to follow Christ even in his passion, suffering and death; it is an expression of trust and dependence on God in difficult circumstances (CCC, no. 1520-3). The reception of Holy Communion as one approaches the end of this life can assist a person in growing in their union with Christ. This last Communion, called Viaticum, has a particular significance and importance as the seed of eternal life and the power of resurrection (CCC, no. 1524). As for the Church’s funeral rites, there are a number of possibilities available. However, in discerning the type of celebration most pastorally appropriate to the particular situation, there should always be dialogue with the persons concerned which is caring, sensitive and open. The decree of promulgation of the Order of Funerals states that: “By means of the funeral rites it has been the practice of the Church, as a tender mother, not simply to commend the dead to God but also to raise high the hope of its children and give witness to its own faith in the future resurrection of the baptized with Christ” (Prot. No. 720/69).

As people of faith, and ministers of God’s grace, we are called to entrust everyone, whatever their decisions may be, to the mercy of God. To one and all we wish to say that the pastoral care of souls cannot be reduced to norms for the reception of the sacraments or the celebration of funeral rites. Persons, and their families, who may be considering euthanasia or assisted suicide and who request the ministry of the Church need to be accompanied with dialogue and compassionate prayerful support. The fruit of such a pastoral encounter will shed light on complex pastoral situations and will indicate the most appropriate action to be taken including whether or not the celebration of sacraments is proper.

There’s more in the bishops’ statement, but that’s the heart of it. Notice how they have proposed something monstrously anti-Christian by slathering it with buttercream icing of tender verbiage. From the pen of these bishops, Bergoglian “who am I to judge?” tenderness leads to the euthanist’s needle. That’s not Church as Mother; that’s Church as Mommie Dearest.

Fortunately, there is at least one morally sane Catholic bishop in Canada: the mighty Fred Henry, the Bishop of Calgary, who addresses the assisted suicide issuewith straightforward, muscular prose, and lays out Catholic moral teaching with great clarity. Excerpt:

For Catholics, in order to receive the sacraments, one must have the proper disposition. The deepest meaning of receiving sacraments is that man entrusts himself to God’s loving mercy. Consciously and freely choosing euthanasia or assisted suicide implies that one is not entrusting oneself to God’s mercy, but is rather controlling the conclusion of one’s own life. Such a position is incompatible with the surrender to God’s loving mercy and it denies, so to speak, the strength that is inherent in the sacraments. Through the sacraments one participates in the suffering, the death and the Resurrection of Jesus and in the unconditional “yes” He spoke to His Father.

From this perspective, it is impossible to comply with a request for the sacraments when someone has planned to end his life or to have it ended actively. Such a person does not have the proper disposition.

Euthanasia and physician assisted suicide are not a “solution” to suffering, but an elimination of the suffering human being. It is therefore the confirmation of despair, of the overwhelming feeling that all suffering can only end when the human person himself ceases to be. If the pastoral caregiver were to support the request for euthanasia, he would be capitulating to despair, which is contrary to the hope alive within him which he wants to proclaim. If the Church’s minister were out of a false of compassion accede to such a request it would constitute an enormous situation of scandal and denial of the truth, “You shall not kill.”

This article was originally posted at TheAmericanConservative.com

Homosexuality in the Catholic Church
b
a
x
r