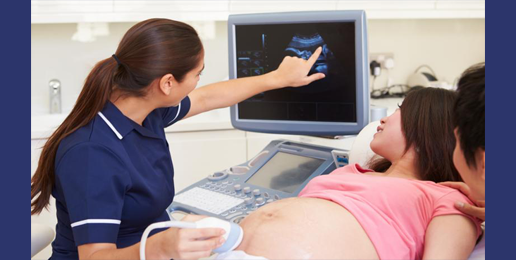 Many years ago, during a committee hearing in the Indiana legislature, a good friend of mine was testifying on an abortion issue. Jackie mentioned the many good things that Crisis Pregnancy Centers did for Hoosier women. After the hearing ended an agitated head of Planned Parenthood came to her and said, “They can’t do all those things for free, there must be something in it for them.” It seemed like a revealing comment showing the motivation of the abortion industry.

There are an estimated 2,750 pregnancy resource centers in America doing a whole lot for free. A new study finds that these pro-life centers did an estimated $161 million in free services last year alone. These organizations consulted with 883,700 people in need. They administered 679,600 pregnancy tests and 400,100 ultrasound screenings. They taught 295,900 people in parenting and prenatal classes. They helped 24,100 women struggling after an abortion. They also reached over 1 million young people with abstinence-based sex education classes or instruction. It is estimated that last year pregnancy centers directly touched 2 million people through their various services.

Not one of these centers 67,400 volunteers took a dime of government money. These services, buildings, classes and counseling all came through the donations of pro-life Americans. In fact, it is undeniable that in spite of a lot of hostility from many political circles, these pregnancy resource centers save taxpayers a mountain of money every year.

As you know, in places like California, some state legislators have tried to seriously harm these centers or to make them promote liberal ideologies in regard to abortion, sex education or homosexuality. One might wonder why a government agent would want to hamper good work being done on the basis of charity. First, there is an aggressive element in our society that wants to silence Christian values in every way possible.These are pro-life pregnancy centers heavily supported by churches and church members.

Second, there is an element in government that hates competition. They want the government to do everything, so they enact polices that crowd out private sector charities. For example, the recent growth of government daycare and preschool has certainly curtailed many church-based preschools, afterschool programs, or daycares that had offered these services for decades.

You can learn more about the good work found in this study, titled “A Half Century of Hope: A Legacy of Life and Love.”

Responding to the Pro-Choice Movement
b
a
x
r