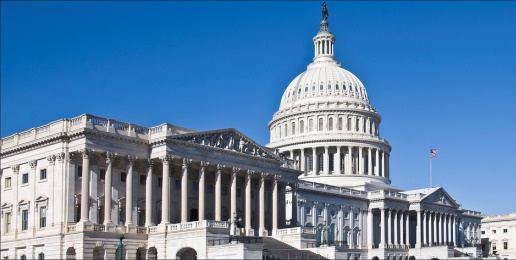 Blue, blue California is not just an entity unto itself. As many have opined, as goes California, so goes the nation.

In their arrogance–or is it “pride”–California’s Department of Managed Health Care (DMHC) has  defied “the Hyde/Weldon amendments approved by the U.S. Congresses and leaders of both parties every year since 2004 by mandating “coverage of all elective abortions in all health plans under its jurisdiction.”

The Hyde Amendment (original amendment passed 9/30/76) “is a legislative provision barring the use of certain federal funds to pay for abortion unless the pregnancy arises from incest, rape, or to save the life of the mother.”

(d)(1) None of the funds made available in this Act may be made available to a Federal agency or program, or to a State or local government, if such agency, program, or government subjects any institutional or individual health care entity to discrimination on the basis that the health care entity does not provide, pay for, provide coverage of, or refer for abortions.

In spite of Hyde/Weldon Amendments allowing for the rights of conscience, California’s DMHC deems itself omnipotent, and in 2014 began bulldozing any and all conscientious objections, forcing all health plans to cover abortions, including late term abortion.

Religious entities in California lodged a complaint, an objection with the U.S. Department of Health and Human Services (HHS), the governing body for conscience laws. But on June 21, 2016, HHS ruled that California may continue forcing all health plans to cover all elective abortions.

This willful defiance of Hyde/Weldon sets a dangerous precedent, and other states (e.g., Washington and New York) are poised to follow. Don’t be deceived: Abortion would only be the first wicked act forced on people of faith and conscience. Euthanasia and other reprehensible acts would most likely follow.

The bill, The Conscience Protection Act of 2016, begins with a portentous quote from a Founding Father:

Thomas Jefferson stated a conviction common to our Nation’s founders when he declared in 1809 that “[n]o provision in our Constitution ought to be dearer to man than that which protects the rights of conscience against the enterprises of the civil authority”.

Members of the full U.S. House have repeatedly demanded answers from HHS Secretary Sylvia Burwell for her acquiescence concerning California’s defiant mandates. It would seem Secretary Burwell feels she and California are above federal law, and certainly she cares not a whit about God’s laws.

The Conscience Protection Act of 2016, which is the remedy that will constrain arrogant legislators, makes clear its intent:

To prevent governmental discrimination against providers of health services who decline involvement in abortion, and for other purposes.

Now what’s needed is swift action on the part of citizens who revere life and abhor California’s despotic actions.

As noted at Human Life Action:

Even if you have responded to a previous alert, please contact your representatives again and urge them to support this bill. Read the Bishops’ news release here and a fact sheet on the ruling here.

Take ACTION: Contact your U.S. Representative to urge him/her to sponsor and pass H.R. 4828, The Conscience Protection Act of 2016, to defend the conscience rights of those who wish not to be involved in supporting abortion. You can also call the U.S. Capitol switchboard at (202) 224-3121.

Passing this law is even more urgent with the recent decision by the U.S. Department of Health and Human Services to allow the state of California to continue forcing health plans to cover elective abortions. This bill is needed now to stop further discrimination against all people who respect unborn human life. It is wrong for government to force Americans to violate their deeply held convictions on respect for human life.

Our Constitution was made only for a moral and religious people. It is wholly inadequate to the government of any other.

Let your voice be heard loudly and often. It’s up to moral people of faith to stop this hastening of the “slouching toward Gomorrah.”

Please re-post the link to this alert on your Facebook page or other social media platforms.