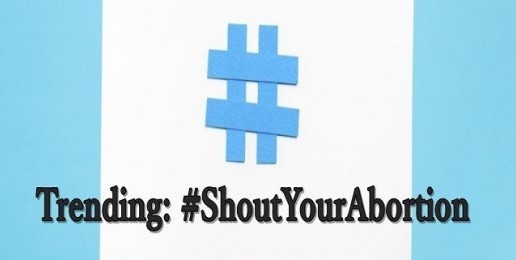 “They show that the work of the law is written on their hearts, while their conscience also bears witness, and their conflicting thoughts accuse or even excuse them.” ~Romans 2:15

In the liberal quest for unencumbered sexual license, there remains a pesky little irritant built into humans called conscience. It’s a surprisingly durable part of the human psyche and gets in the way of all sorts of behaviors, either stopping humans before they engage in them or polluting the afterglow of iniquitous deeds.

Even the Left is forced to wrestle with the presence of conscience in culture, especially when it comes to abortion. Over the years, they’ve been forced to acknowledge obliquely and tacitly the existence of conscience. They’ve done so by claiming to long for abortion to be rare. Their claim was a bald-faced lie. No one who truly desires that abortion be rare could countenance the killing of 57,000,000 preborn humans over the past 40 years.

Of course, Leftists can’t express directly their loathing for conscience. They can’t say, “Fight your recalcitrant consciences, women! Avert your gaze from the bloody remains of your child lying next to you in a casserole dish! Ignore the voice that whispers ‘mommies ought not kill their babies.’” Leftists can’t mention consciences, dismembered children, or motherhood, for doing so would risk too much. It would risk not eradicating conscience but pricking it.

Well, the days of obliquity and obfuscation are over. If we thought we’d reached the nadir of moral corruption through the legalization of fetal slaughter and the extermination of multi-millions of innocent human beings, we were wrong. We’re now seeing a new level of human degradation. Just as the war for sodomy started as a plea for tolerance and culminated in mass public celebrations of twisted sexuality, the war for child-slaughter began with a plea to protect women’s lives and is now culminating in exuberant public proclamations of guiltless, volitional feticide.

A new Twitter campaign began on Saturday called #ShoutYourAbortion that encourages women everywhere to shout their abortions to the world in an effort to eradicate shame and guilt. This ignoble campaign began with the following Facebook post by Amelia Bonow:

Hi Guys! Like a year ago I had an abortion at the Planned Parenthood on Madison Ave, and I remember this experience with a nearly inexpressible level of gratitude….Plenty of people still believe that on some level—if you are a good woman—abortion is a choice which should be accompanied by some level of sadness, shame, or regret. But you know what? I have a good heart and having an abortion made me happy in a totally unqualified way.

Her partner in crime, Lindy West who also exalts the guilt-free killing of her child in her womb, snarkily tweeted “‘aborted babys graves’ was my senior prom’s theme.”

Clementine Ford: “I’ve had 2 abortions. I don’t have to justify or explain them to anybody. My life is more valuable than a potential life.”

Letha: “if ever pregnant, i will have an abortion. i lay claim to my own life. that life will not include giving birth”

Charlotte Taylor-Page: “I had an abortion nine years ago. I don’t regret it ever”

Mary Emily O’Hara: “Had an abortion procedure done at age 22 because I was WAY too young to parent. Have never, ever regretted it.”

West offers this out, proud, arrogant, and absolutist defense of abortions:

All of those abortions are valid. None are shameful.

There are no “good” abortions and “bad” abortions, because an abortion is just a medical procedure, reproductive healthcare is healthcare, and it is a fact without caveat that a foetus is not a person. I own my body, and I decide what I allow to grow in it. Telling our stories at full volume chips away at stigma, at lies, at the climate of shame…

West’s friend Bonow shared that she does “not think there is anything remotely immoral or murderous about the procedure.” The great ethicist Bonow finds nothing morally questionable about injecting digoxin into tiny developing humans to stop their hearts from beating and then tearing them limb from limb. This is the kind of repugnant moral thinking many in America—including shamefully, our “leaders”—advocate.

The corrupt minds of Leftists have concluded that in order to better serve the desires of women who seek to exterminate their own offspring—their own flesh and blood, alive and growing within them—those nettlesome feelings of guilt and shame must go. That feature of humanity so essential to human flourishing and civilization, the constituent human feature that parents spend 18 years cultivating in their children before setting them loose in society—conscience—must be eradicated and replaced with….nothing.

Child Sacrifice Legal in Ireland
b
a
x
r