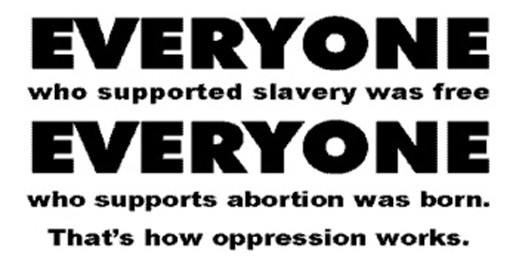 Russell Moore: Churches That Don’t Speak Against Abortion Are Like 19th Century Congregations That Stayed Silent on Slavery
10.15.15
PRINT

Christian ethicist Russell Moore has said that congregations too afraid of being political to speak out against acts of immorality, like abortion, are similar to churches in the 1800s that remained silent on the issue of slavery.

As the featured speaker at the Institute on Religion and Democracy’s fifth annual Diane Knippers memorial lecture, Moore, the president of the Southern Baptist Ethics & Religious Liberty Commission, criticized mainstream Christian congregations that have relaxed their teachings on key issues of sexual morality and other social issues in order to blend in with the “ambient culture” and appeal to today’s society.

“It’s a recipe for death, precisely for the same reasons that Jesus is speaking to Pilate about a Kingdom that does not originate from the world. Christianity always thrives the best when we have a distinctive word and a distinctive word that is rooted in a specific view of authority. Jesus said, ‘I have come to bear witness for the truth.'”

“The arguments that we see happening right now over issues of human sexuality are not really about human sexuality,” Moore continued. “These are debates of apostolic authority.”

Despite the fact that religious conservative views on issues like gay marriage and abortion directly conflict with the views of a secular world, Moore assured that the historic Christian message has always conflicted with the world’s understanding.

Although many congregations in the last 50 years have altered their views and teachings to accommodate the modern worldviews, Moore warned that churches that have historically distanced themselves from the biblical truth eventually failed to exist.

“The miraculous was startling in the first century and in every other century, so the churches who discarded it no longer had anything distinctive to say and withered and died into obscurity,” Moore stated. “The churches who were willing to speak with a voice of authority about resurrection, the coming of Christ, supernatural regeneration by the Holy Spirit are the churches who had a witness to be able to bring forward.”

Moore further argued that secularism is not the world’s final “stopping point.”

“Secularism is just a stop along the path,” Moore said. “We must have a distinctive word in terms of claim to authority, and we must be willing to bear witness. We must be a conversionist people, which means that if we truly believe that the spirit of God is able to transform someone from sinner to saint, we will be the people who will not hesitate to speak the truth and to speak what often will be unpopular truths.”

Churches have long been responsible for speaking the unpopular truths on social issues, not just in today’s world where abortion and gay marriage are the hotly contested subjects, Moore said.

“The churches in 1845 Georgia that did not speak to slavery, were speaking to slavery,” Moore said. “If you stand in the pulpit and call people to repentance for drunkenness and sexual immorality, but you do not call them to repentance for man-stealing and kidnapping and pretending to own another human being, you have spoken to that issue by saying that it will not be something for which one must give an account at the judgement.”

“The churches in 1925 Mississippi that spoke about drunkenness and adultery, but did not speak about lynching, were speaking to lynching,” Moore continued. “They were baptizing the status quo by not calling people to repentance for a grave sin against God and against a neighbor.”

“The churches in 21st century America that do not speak to the personhood of the unborn are speaking to the personhood of the unborn by baptizing the status quo and leaving consciences that are wounded and in need of Gospel liberation exactly where they are under accusation, rather than freeing them with a witness that is thought to be political.”