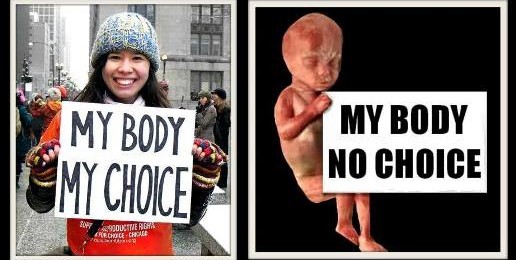 It’s pretty clear when a worldview is barbaric, because worldviews have feet. They reveal themselves in the real world. We saw it the other day when the Islamic State, or ISIS, terrorist group beheaded American journalist James Foley. ISIS then posted the video for a shocked world to see. Only the most depraved, fanatical person would label such behavior as morally correct.

But what about the respectable barbarism—you know, the kind that wears a suit, gives snappy interviews, and carries an advanced degree?

I’m speaking of the famous British atheist Richard Dawkins, who caused quite a stir the other day when he said that it would be immoral not to abort a fetus with Down Syndrome. Yes, you heard that right. Responding on Twitter to a woman who tweeted that she would face “a real ethical dilemma” if she became pregnant with a Down Syndrome baby, Dawkins, an evolutionary biologist, replied: “Abort it and try again. It would be immoral to bring it into the world if you have the choice.”

Fully consistent in his atheistic, utilitarian worldview, Dawkins added, “Suffering should be avoided. [The abortion] cause[s] no suffering. Reduce suffering wherever you can.”

Aside from the fact that he’s wrong on facts—the unborn certainly can feel pain at twenty weeks—he’s also wrong on his assumption, that giving birth to a baby with Down Syndrome relegates you—and the child—to a life of suffering. According to Lifesite News, 99 percent of respondents with Down syndrome say they are “happy.” Further, 99 percent of parents say they love their child with Down Syndrome. Only 4 percent of parents who responded say they regret having the child.

However, whatever we may say about Dawkins’s barbarism, a lot of people agree with him— in fact, over 90 percent of unborn children with this diagnosis get aborted.

Later, responding to a firestorm of criticism, Dawkins callously pointed out the obvious: “What I was saying simply follows logically from the ordinary pro-choice stance that most of us, I presume, espouse.”

And it goes to show what we say often on BreakPoint–worldview matters. Followed to its logical conclusion, the atheistic worldview says that human life has no inherent meaning or value and is therefore disposable. True to his utilitarian impulses, Dawkins makes a distinction between humans who can “contribute” to society and those who can’t. Those with Down Syndrome, Dawkins decrees, simply are “not enhanced,” and therefore expendable. In fact, he says it’s wrong to let them live.

I’m guessing that Dawkins never met Tim Harris, the owner of Tim’s Place, the amazing restaurant in New Mexico I told you about some months ago. Tim has Down Syndrome.

Dawkins, trapped in his atheistic worldview, doesn’t understand that all humans – including those like Tim – are made in the priceless image of God.  And he’ll never see that those with disabilities “pull us away,” in the words of my colleague Stan Guthrie, “from our besetting narcissism.” Sometimes suffering, which Dawkins so abhors, actually makes us better people.

In “Dancing with Max,” Emily Colson’s great book about her autistic son, Chuck Colson wrote that through the huge trials of Max’s disability, the family came to a “new understanding of what love really is.”

And as we face the pressure to conform to the respectable barbarism of our times, we ought remember what Jesus said about treating those considered “the least of these.” Perhaps He had in mind the infirm, the poor, the prisoner, and the baby with genetic disorders.

And by the way, if you can get to Greenville, South Carolina on Saturday, Sept 6, you can hear me along with Emily Colson, Prison Fellowship CEO Jim Liske, the Acton Institute’s Mike Miller, Students for Life’s Kristen Hawkin, and Christopher Yuan to talk about how the church can champion human dignity in all kinds of areas. It’s part of the Truth for a New Generation Conference.