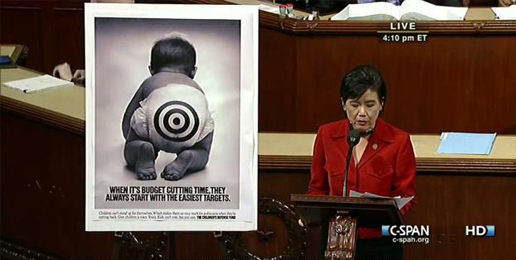 Have you heard? Abortion cheerleaders were at it again! Earlier this week they attempted to overturn state legislative abortion restrictions. Their weapon? The so-called “Women’s Health Protection Act” (H.R. 3755) – led by U.S. Senator Chuck Schumer (D-NY) and U.S. Representative Judy Chu (D-CA). The proposal passed the U.S. House by a vote of 218-211 on September 24, 2021. It was taken up by the U.S. Senate on Monday, February 28, 2022 where cloture was opposed by all Republicans and one Democrat: U.S. Senator Joe Manchin (D-WV). The motion failed by a vote of 46-48.

In spite of progress we have made since 2019 to reverse abortion on demand with the passage of heartbeat bills in Ohio, Georgia, Louisiana, Missouri, Alabama, Kentucky, South Carolina, and Texas (the Guttmacher Institute predicts up to 25 more states may ban abortions if the U.S. Supreme Court overturns Roe v. Wade), this bill had the potential to quash it all. It’s dastardly features included overturning:

And while all of the above are heartbreaking, there’s more! It would also have banned:

And the power of this bill can hardly be overstated. It carried with it the potential to make all elective abortions inevitable and protected by federal law. Stomping all over the 10th Amendment, it would have become the weapon against which individual states became powerless to establish their own true protection for the mother and the unborn. True protection for a woman’s health, or anyone’s for that matter, assumes a respect for life and help in a time of need.

A blessing in disguise of the states’ right to prohibit abortion is the inconvenience inherent in this right for those seeking abortion. In some cases, this inconvenience can work in the mother and her baby’s favor. Finding out about an unplanned pregnancy can, admittedly, be unsettling causing some to rush to a solution that is not a solution at all. When an abortion is not easily and immediately obtained, the time to reflect can allow the mother to realize the actual blessings associated with the pregnancy. The blessings of not only carrying a life but allowing those in your family and community the opportunity to come alongside and support you.

However, not all can see the blessing of states’ ban on abortion. The CEO of Planned Parenthood of the Rocky Mountains, Adrienne Mansanares, recently bemoaned this in an interview with the Las Vegas Sun. She finds the “inconvenience” of having to travel to another state, facing fatigue from such travel, and finding childcare for other children while the “procedure” is performed a “heavy burden”. She also considers it a heavy burden on the states where the abortions are sought, “So that really puts a burden on the public health system of those states where reproductive health care is accessible and legal” as these states pick up the slack.

Which brings our thoughts to the irony of this bill’s name- -Women’s Health Protection. Not only is there nothing protective, for the mother or the baby, in assisting a woman to murder her unborn child. Neither is it healthcare.

​​According to experts, they are not safer than childbirth and women do not need them to be healthy. Nor do they suffer when they do not have easy access to abortion. Researchers (abortion activities) at the University of California San Francisco found that after 5 years, 96 percent of women who were denied abortions were glad they had not had one. The moral of the story, easy access to abortion, rather than being health care, is a disservice to women.

To view a longer analysis via the National Right to Life scorecard use this link.