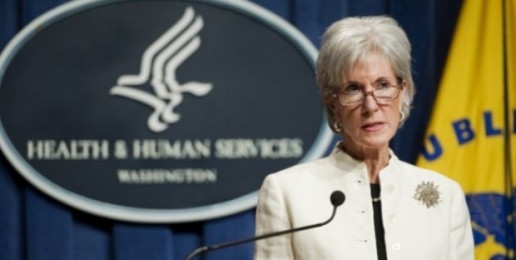 “With another phony compromise, the Obama Administration continues to insult the intelligence of the American people and trample our constitutional rights,” reacted Charmaine Yoest, President of Americans United for Life.  “Our First Amendment freedom of conscience has been violated by Obamacare and these new regulations do not resolve the offense.”

Under the “compromise” plan proposed by the U.S. Department of Health and Human Services, only organized churches, associations of churches, and their “integrated auxiliaries” are exempted from the contraceptive and abortion drug mandate.

That means religious hospitals, religious educational institutions, and many other non-profit religious ministries that are not formal departments or subsidiaries of a church, will not be included in the religious exemption.

The federal contraceptive regulation requires that every health insurance policy issued in the United States must include coverage without co-pays for all “contraceptive” drugs and devices approved by the Food and Drug Administration.  This includes drugs like Ella and Plan B, which have both contraceptive and abortifacient qualities.  It also includes intrauterine devices that operate as abortifacients.

Under the new scheme developed by the Obama Administration, religious non-profits will supposedly not have to include contraceptive coverage in their insurance policies or their self-insurance plan.  However, their insurer or third-party administrator will have to provide separate insurance policies to each of their employees that does include contraceptive coverage regardless of whether the employee wants it or not.

The proposed “compromise” states that insurers must provide this supplemental contraceptive coverage at no cost to the employee.  This is a ludicrous concept, as the cost of such coverage will obviously be absorbed into the insurance company’s overall expenses, and be charged back to policyholders.

“This is nothing but an accounting gimmick that forces religious organizations…to be the gatekeeper to objectionable services for their employees,” says a statement from American United for Life.  “The contraceptive coverage is legally required to piggy-back onto the insurance plan, regardless of the employer’s objections.”

The sham compromise concocted by the Obama Administration still leaves for-profit religious employers at the mercy of the punitive mandate.  Christian business owners will still have to include coverage of abortifacient drugs in the health insurance programs they provide to their employees.  They will still face exceedingly harsh fines of $100 per day per employee if they fail to comply.

“All Americans, not just those in church organizations, are guaranteed freedom of conscience in their daily lives and in their work,” commented Matt Bowman, senior legal counsel for the Alliance Defending Freedom.  “The government has no business putting religious freedom on the negotiating table, or picking and choosing who is allowed to exercise their faith.”

“This country’s laws and constitution protect the religious freedom of all Americans, whether organized into religious bodies or not,”  says Francis Manion, senior counsel for the American Center for Law and Justice.  “Religious believers who want to conduct their businesses in a manner consistent with their religious beliefs have the same right to religious liberty as everyone else.”

Christian medical authorities are also deriding the latest version of the mandate.  “Many employers, regardless of whether they carry a religious label or not, maintain strong conscience objections to participating in any plan that pays for pills that can cause the demise of a living human embryo,” says Dr. Gene Rudd, Executive Vice President of the Christian Medical Association.

One of those employers is David Green, founder and President of the Hobby Lobby chain of craft stores.  Green says his company will not comply with the mandate despite the failure of a lawsuit filed in federal court to protect his religious liberties.  Hobby Lobby faces fines of $1.3 million per day under the penalty provisions of the mandate.

While Health and Human Services Secretary Kathleen Sebelius continues to play games with the religious freedoms of the American people, legal challenges to the abortion drug mandate continue to accumulate.  At last count, there have been a total of 44 lawsuits filed in federal court challenging the constitutionality of the mandate on religious freedom grounds.

One of the latest to weigh in is the Drury Development Corporation, which operates the Drury chain of hotels.  Drury was founded by devout Catholic Charles Drury, and is now managed by his son Tim.  Drury has filed a friend of the court brief in a lawsuit filed by K&L Contractors, a construction firm located in Highland, Illinois.

“The Drury family are adherents of the Catholic faith and wish to conduct their business in a manner that does not violate the principles of that faith,” reads the brief authored by Americans United for Life.  “The Drury family believes that life is a sacred gift from God and that they are not permitted to cause or pay for the direct, intentional termination of human life.  The Drury Corporation is forced to choose between conducting business in a manner consistent with its religious principles or pay ruinous fines and penalties.”

The federal court of appeals whose jurisdiction includes Missouri is making it very clear where they stand on the constitutionality of the abortion drug mandate.  For the second time, the 8th Circuit Court of Appeals has issued a preliminary injunction blocking enforcement of the mandate, this time in the case of Annex Medical, a medical device firm located in Minnetonka, Minnesota.  The 8th Circuit had previously issued an injunction preventing enforcement of the mandate against a St. Louis company, O’Brien Industrial Holdings.

The only hope to halt application of the abortion drug mandate to every health insurance provider and consumer is a decision by the U.S. Supreme Court upholding conscientious objections based on religious convictions.  An ultimate decision by the High Court is not expected before the new regulation becomes effective.  There is a public comment period on the revised mandate through April 3rd, after which the contraceptive edict is expected to take full force and effect.