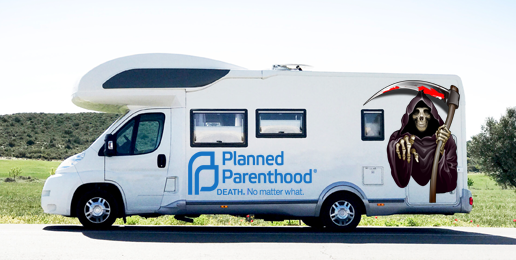 Due to the reversal of Roe V. Wade, Planned Parenthood has been forced to close many clinics in states whose lawmakers and governors are upholding the sanctity of life. But sadly, the culture of death has so pervaded our society that many women in more pro-life states have been traveling to pro-abortion states (like Illinois) to kill their babies.

As a response to their inundated abortion mills (and the reversal of Roe V. Wade), Planned Parenthood is debuting a 37-foot RV that will prowl the borders of Illinois near more pro-life states to offer quicker and easier access to abortion.

In John 10:10 Jesus says (speaking of the gospel of salvation), “The thief comes only to steal and kill and destroy. I came that they may have life and have it abundantly.” Abortion is predicated on the gospel of self; living for your own pleasures, and your own desires. This gospel of self, while promising fulfillment, ultimately leads to a culture of death (and not salvation), because the main goal is to fulfill your own desires and needs before anyone else’s. It steals, kills, and destroys, whereas the true gospel gives life.

Abortion is child sacrifice on the alter of I. The devil is a roaring lion, seeking to devour (1 Peter 5:8). Planned Parenthood’s abortion RV makes it easier to devour the lives of those made in the image of God and is part of the devil’s response to Roe V. Wade’s overturn.

Planned Parenthood’s RV doesn’t just devour the lives of the unborn. Pro-life advocates have pointed out that it’s dangerous for the mother, as well. Since the vehicle only administers chemical abortions (so far), they will give women the first pill, and send her home to take the second pill alone. According to an article by the Washington Post, the second pill “causes intense uterine contractions intended to force the mother’s uterus to expel the body of her aborted child.”

This pill is dangerous, painful, and traumatizing for the women who take it, and it can result in the death of both the mother and the child. The Planned Parenthood RV will start a woman on the pill, then send her home to deal with the rest of it by herself.

A culture of death is what you get when you turn away from the gospel of life as America has. A nation that forgets God also forgets the morals that He created, because hearts that do not know the Lord strive against Him. So what can we do? Well, a culture of death can only be changed by the gospel of Christ. John 1:5 says,

Now, more than ever, the church is needed in culture. To stand up, speak out, and remain firmly planted on the gospel of Christ by reaching out to our  communities with the hope that comes from Him. Working to serve mothers in your area or partnering with pregnancy centers to assist them in providing resources is another great way to help.  Above all, remaining steadfastly in prayer, for “The prayer of a righteous person has great power as it is working” (James 5:16). 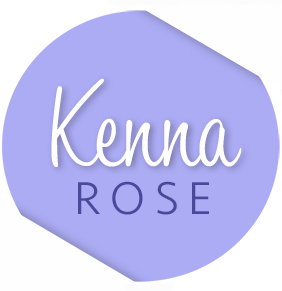 Kenna Rose
Kenna Rose is a Christian and a biblically conservative speaker and writer. She sincerely cares about worldview issues and wants to discuss them from a biblical perspective. Kenna Rose co-hosts the podcast Self-Evident in order to speak truths that were once self evident and do so in love. She also writes articles and produces videos for Illinois Family Institute. Kenna Rose is a homeschool graduate who loves the magic reading and writing can produce. She’s under the opinion that storytelling is a powerful force and to that end runs goodcleanreads.com to help Christians be discerning in what they read. She...
Full bio and more from Kenna Rose
Related Articles

The Exterminators’ Enemy Number One